I heard this song on the radio today, and while I’m not usually such a big fan, it summed up my feelings.

When we first decided to adopt, we decided to adopt two children from the same baby house. From the children on Reece’s Rainbow, we were draw to “Quinn” and “Erika” (Lena) and committed to them. About a month after we first committed, we were told that “Quinn” had been taken into foster care (in Ukraine). It was okay. A bit sad, but we knew it could be good for him, if he found his forever family in Ukraine. “Ilya” (Reed) was added a few days later and we were instantly drawn to him.

I wondered about “Quinn” from time to time. Then, out of the blue one day, I got an email.

It was Quinn’s mama. His forever mama. Telling me how she met both Ilya and Quinn. She loved them both and knew they would both be good sons. But, it was Quinn who “captured her heart” and she couldn’t leave him, knowing he’d be moved to an institution after his fourth birthday, which was creeping close.

So, filled with pain and guilt (her words, not mine) over leaving Ilya, she adopted “Quinn”. And like any mother, she wondered about Ilya. How he had grown, how he was doing in his family.

Then, she stumbled upon my blog. She saw Ilya… and emailed me. She told me this whole story, sent me photos of Ilya (Reed) that I had never seen before and told me all about Quinn and even sent some recent photos of him.

My heart about burst. How their stories were tangled up in ways I never knew before. And, this gift, this sort of closure. Knowing not just that Quinn had a family, but that he was thriving.

“I want to know a song can rise, from the ashes of a broken life.”

While we took “losing” Quinn in stride, losing “Helen” was devastating. We had met her. We had held her. Played with her. We were ready to bring her home.

She, too, is thriving in her forever family. Her mother doesn’t email me, but I’ve found updated photos. She looks happy and healthy.

Losing her was difficult. But, we found our Gus. We chose his name quickly, and our family referred to him as Gus even before he came home.

Around that time, the song “Beautiful Things” by Gungor had recently become popular. We heard it everywhere. On the radio, in church. We listened to the entire album at home.

And that’s just it. Gus is the one we never knew we needed, but he is one of us. He fits.

The question of the day today seems to be “how are you feeling?”. Thank you for your concern, dear friends.

Disappointed is a good word for it. Concerned for our host girl. Wondering if or how much she knew and if her heart is aching.

But, with our adoptions, I’ve seen how God has taken our desire to give 3 children a home and in the end, 5 children have homes. I doubt that “Helen’s” family would have stepped forward to adopt her, had we not been so close to bringing her to America.

With adoption, I learned quickly that there is no promise of easy or painless, but it’s always worth it. In the end, it’s all beautiful.

I think the same might be true of hosting. Or, any time we step out in faith.

“And we know that for those who love God all things work together for good, for those who are called according to his purpose.” -Romans 8:28

I know this is not the end of our host child’s story. I hope her story will become a beautiful one, and known to us in this lifetime, like those of “Quinn” and “Helen”. I know that’s a lot of hope for, but that’s never stopped me. I have crazy hope for all of those beautiful things.

“Behold, I am doing a new thing; now it springs forth, do you not perceive it? I will make a way in the wilderness and rivers in the desert.” -Isaiah 43:19

Our sweet host girl will not be here for another 43 days (not that I’m counting), but we have so much to do to prepare for her arrival. 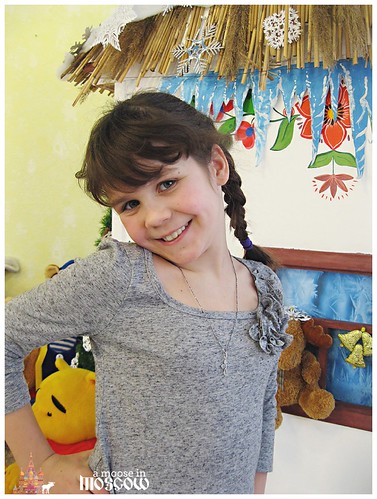 Of course, at the top of the list is fundraising. We have $1120 left, plus the additional cost of her flight to our airport.

If you’d just like to donate, here’s a link for that as well.

So, what else do we have to do?

Well, hosting involves a bit of paperwork. Not too bad compared to a Russian adoption, but a bit. There’s also a lot of training that goes along with it. There is much required and recommended reading, and then we’ll also have a full day of training in June.

We also have to prepare her room. We are fortunate to have a guest bedroom, but it is set up for an adult guest. We’d like to do a few things to make it better suited for a pre-teen. And shopping– wow. She will very likely come with only the clothes on her back, so we need to get some clothes for her, as well as a toy or two. We may try to get her a bicycle as well, as bikes are a common summer activity here. Of course, the challenge is that she’ll have to learn how to ride it, too!

Lastly, we’re just prepping ourselves. We recently started a new devotional with the kids, a routine that we know will be an important routine to include her in when she is here. And praying, praying that we will be prepared to welcome her here and that she will be prepared to let us into her life.

Any great advice from previous host families on how to prepare?