Yes, that’s right– two blog posts in one day! I’ve been meaning to blog about our adventures from last weekend, but now I’m getting my first chance. I’m still going to try to post my 365 photo tonight as well.

Last week, we went to Maxwell Wildlife Refuge. You might remember that we took our hosting chaperone there last year, but we arrived later in the day. This time, we signed up for a tour and came in the morning.

A tour involves going out into a little tram with a tour guide who tells you about the bison, elk and Maxwell Wildlife Refuge in general.

For photographer friends, this was shot at 200mm, and cropped just slightly. 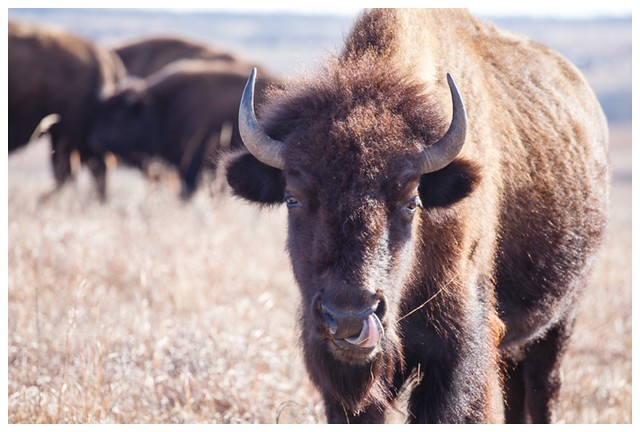 So, we’re pretty close.  They have a feed truck that they drive up and around the tram during the tour, so all of the animals come running to get their food. Bison are apparently quite dangerous, so you are not allowed to touch them or get down with them. However, they told us that if they had been able to separate the bison from the elk better that day, we would have been able to get out and walk among the elk.

Another photo for perspective. 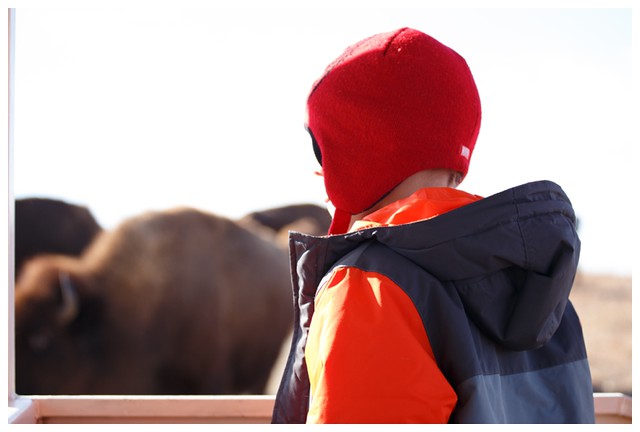 A mom and her baby. 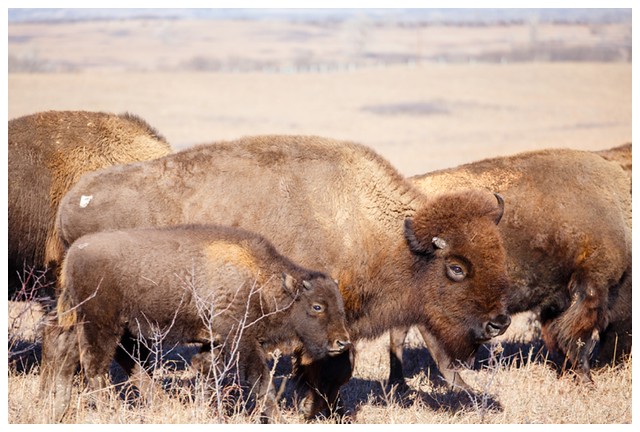 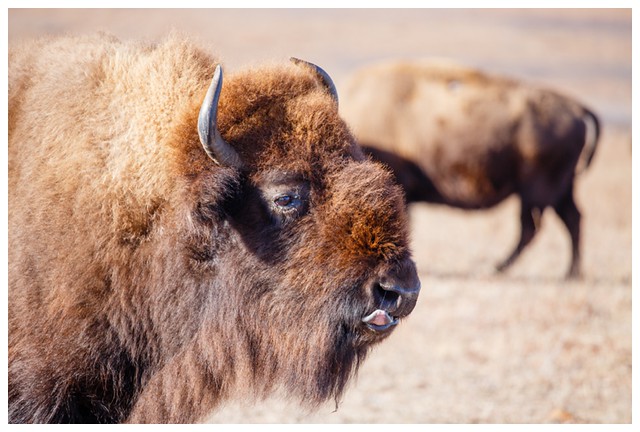 And, the elk. They were more shy, because the bison were scaring them off. 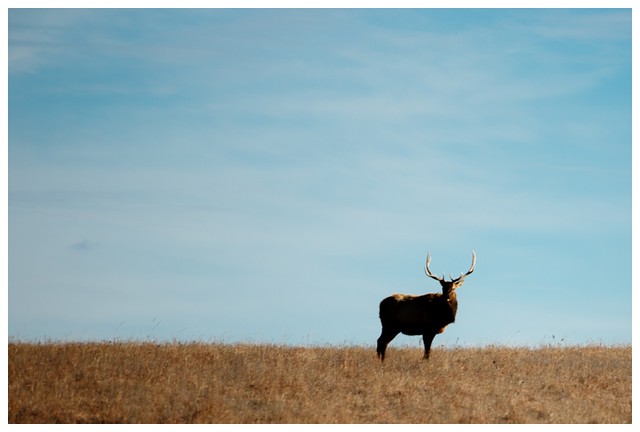 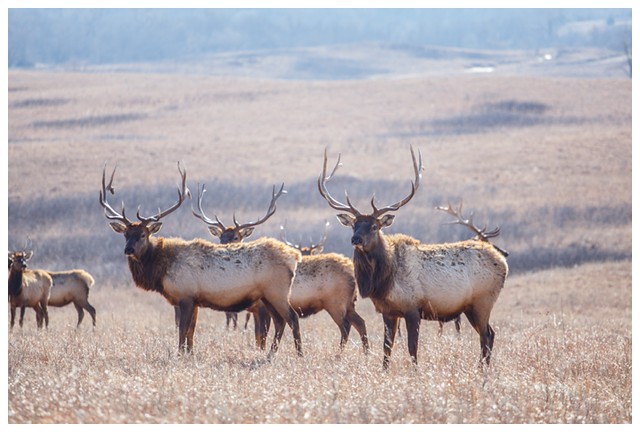 What is a moose in America is an elk in Europe. Did you know that? Moose = Eurasian Elk. We don’t have moose here on the Great Plains, just what we call elk.

The only child who wanted to cooperate for this next picture is the little girl hugging the elk. The boys were cold and whiny and the big girl was giving me that “I’m too old for cheesey family pictures” look. No, kid, you’re not.

We grabbed lunch and over lunch, Aaron and I discussed what we’d do with our afternoon. Go see an atomic cannon or go to a WPA-built castle? Both, Aaron said.

Castle first. This was my third time here. 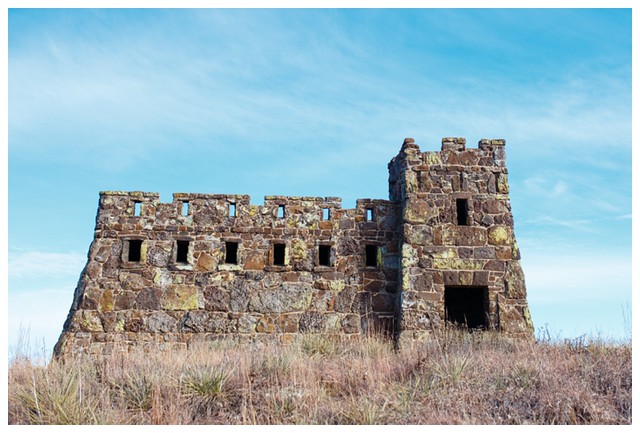 I wish we lived closer. It’s such a fun place for children to explore. Imagination can’t help but run wild here.

There are gorgeous views from the top. 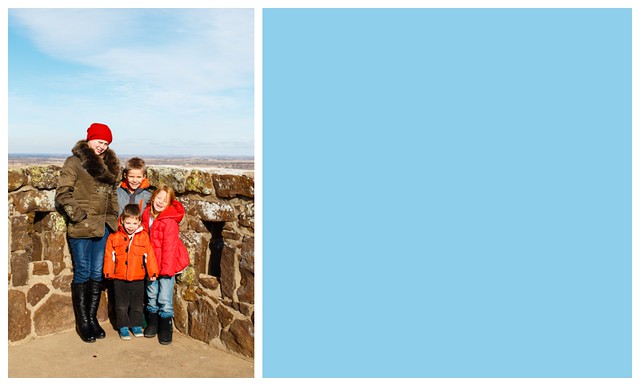 But, I really love the lighting inside. The way the light streams in from the small windows is incredible. 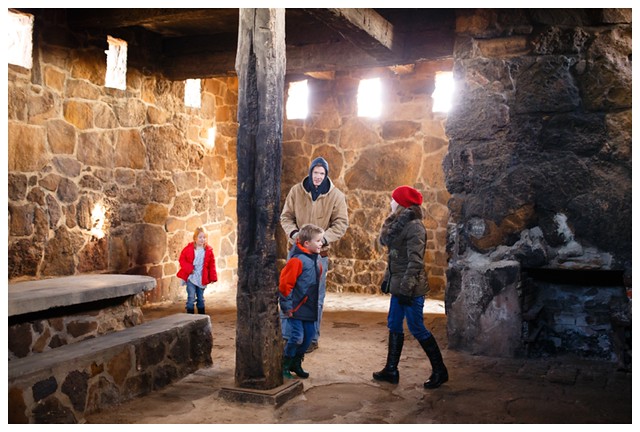 We hadn’t planned on coming here, so I hadn’t really dressed my kids for photos in a castle. (Is there a proper attire for that? Of course there is.) And, no one really wanted to model for me. 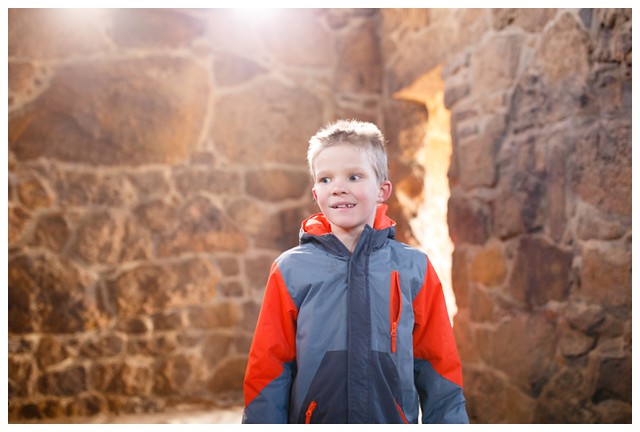 Gus was having a moment and decided that he wanted to hide between this table and bench. All I could think was dirt/bugs/who knows what! But, he’d yell at anyone who tried to remove him. 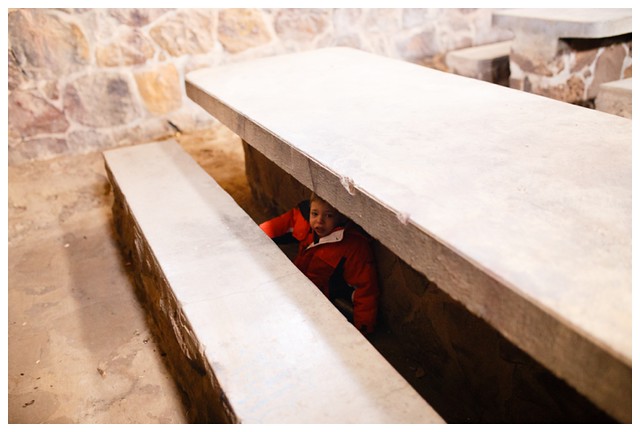 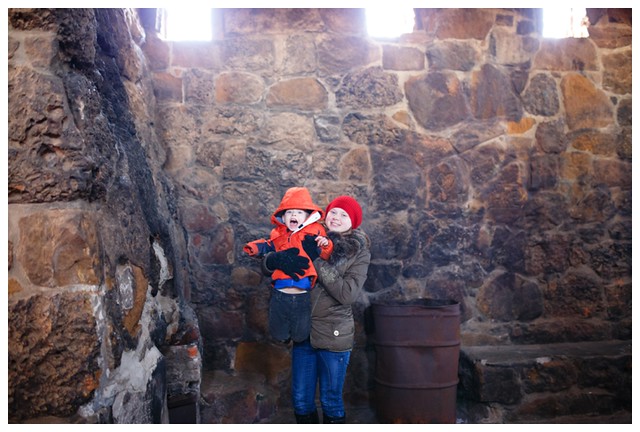 Some little “brothers” were feeling a bit more loving. 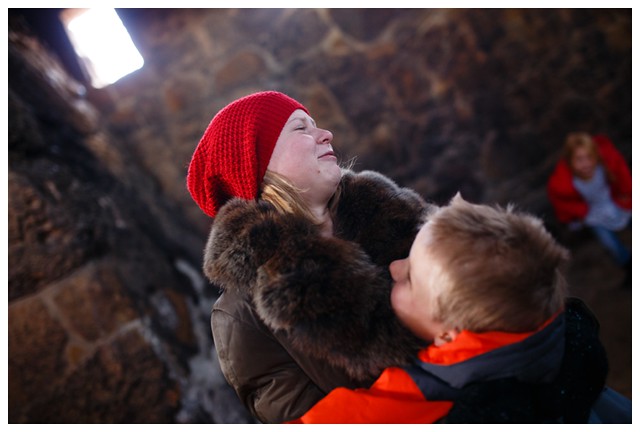 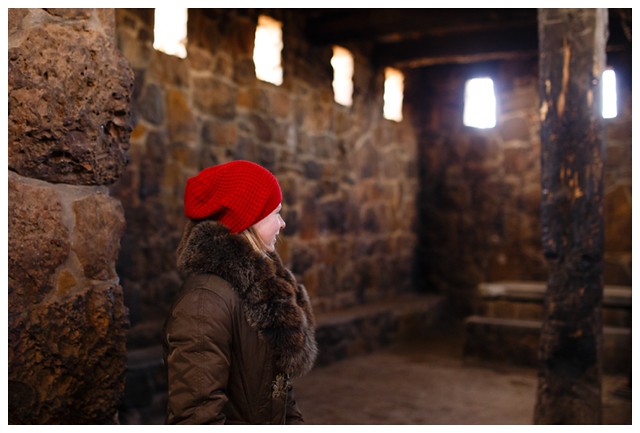 I cannot wait to come back here again, a bit more prepared for photos.

Aaron and the older kids finished off the day with a geocache, while I took Grumpypants Gus back to the car for some music and rest time. 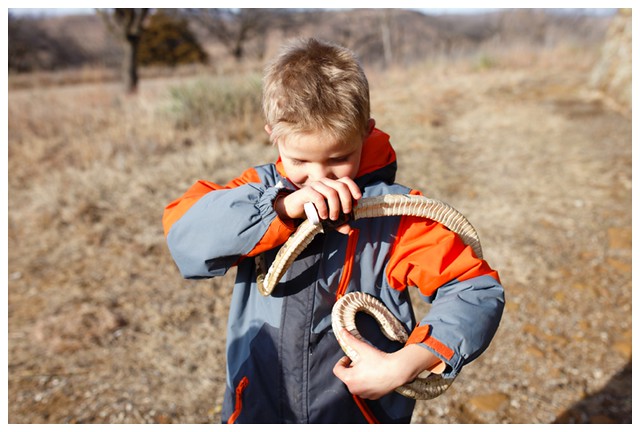 If you think he’s holding a snake, look at his right hand. It was a geocache, taped to a fake snake.

We never did make it to the atomic cannon. I can’t say that I was too disappointed.