We had a rare, quiet afternoon here. I called my mom and said “everyone is occupied!” That’s not common around here. Well, occupied peacefully, without anyone yelling at anyone else for more than 5 minutes. Reed’s birthday is on Tuesday, so Aaron took him on a special birthday outing to a science museum today. Gus was napping. Lena has strep, so she was hanging out on the couch with the remote and Big L spent her afternoon skyping with her cousin and then joining Lena on the couch.

My mom wanted to make an e-card for Reed and I said “make a video one where you put his face in!” We quickly found jibjab and realized how fun it was to make cute videos with everyone’s faces in them. While we chatted on the phone, I made one to “Happy” with all of the kids” and she made one with the Can-Can for Lena and one with Gangam Style for Big L. I hung up with her and asked the girls if I could show them something, and I played the Happy video.

They could not stop laughing. 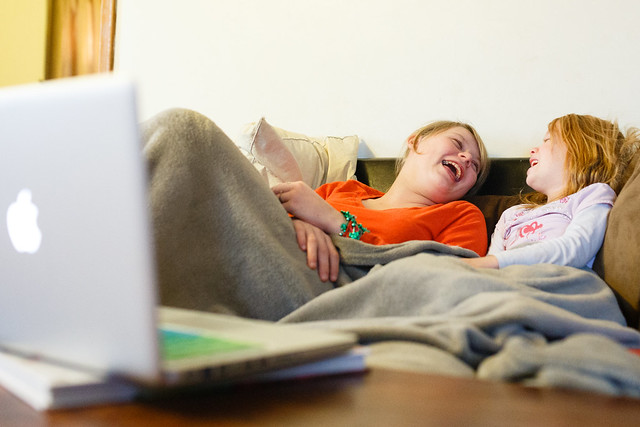 We Facetimed by mom for her two videos and the girls just kept on laughing. It was a great time. I even made a few more and we played them all for Aaron, Reed and Gus later.