We went to the Lawrence Busker Festival with some friends tonight. A busker is a street performer, so the festival fills the streets with street performers. We’d never been before, but I’m really glad we did.

We decided that we wanted to see the magician/escape artist and the breakdancers.

This guy was just finishing up his act. 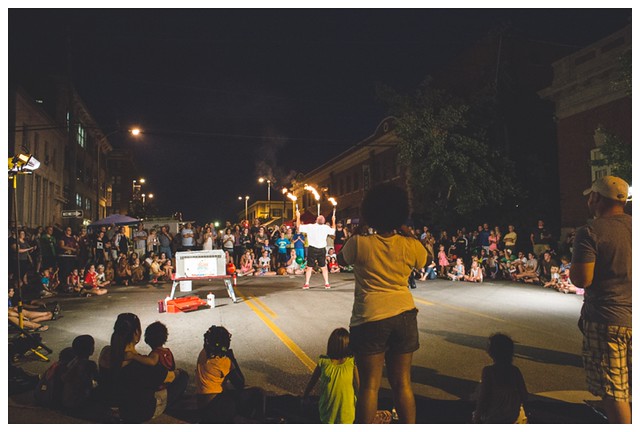 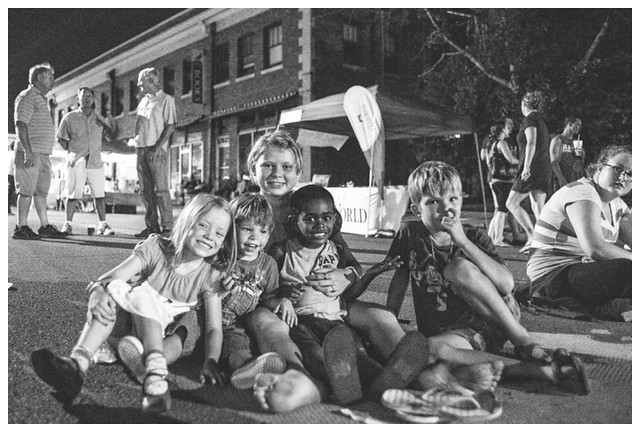 Still waiting. Gus and Adrian were really enjoying each other tonight, which was cute. They might end up in the same preschool, which would be great. 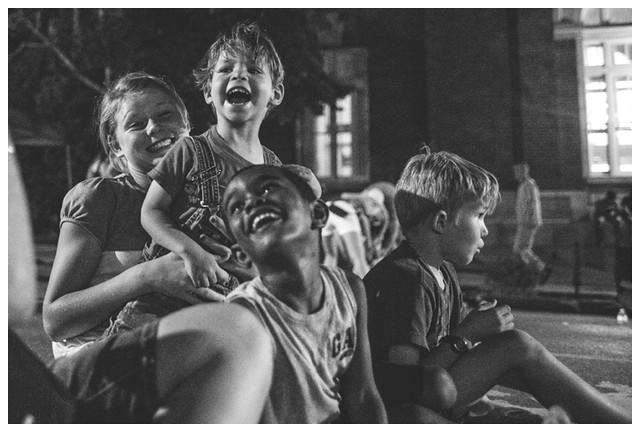 Next up, we enjoyed this magician/escape artist. He was very funny. One of his audience participants was named Olga and Big L thought that was pretty cool, that she had such a distantly Slavic name. 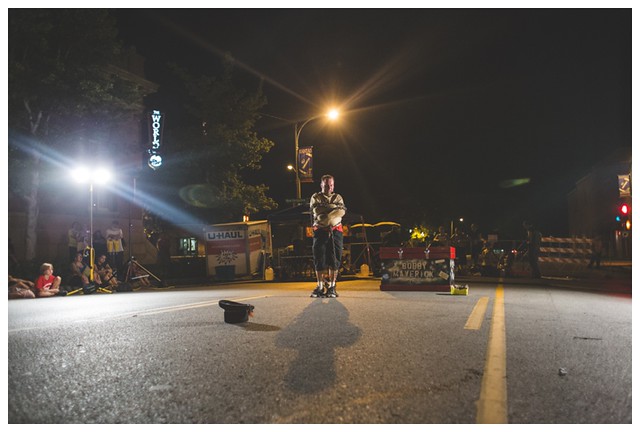 The kids were pretty mesmerized with his act.

Last up, we watched break dancers. Unfortunately, Gus was pretty well done at this point, as it was quite late. The man sitting next to Aaron had a bag of popcorn and Gus stared at it long enough that the man offered him some. Thanks, kind stranger, for keeping him quiet for a few minutes.

The break dancers were awesome! All of the kids really enjoyed them, but I think Big L in particular was shocked by some of their moves. She kept turning around to look at us, jaw hanging open. 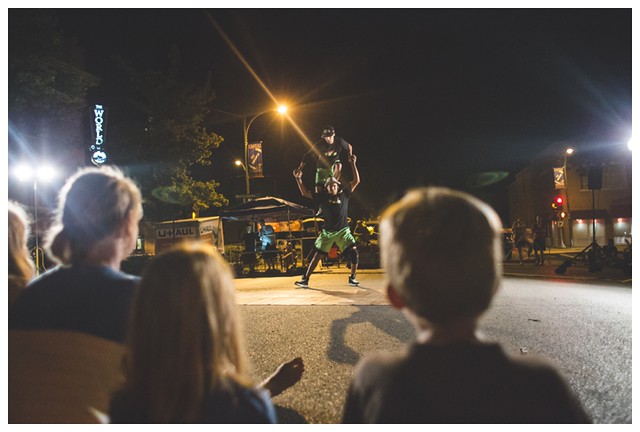 Adrian’s shoulders kept bopping up and down as he stared with great fascination. 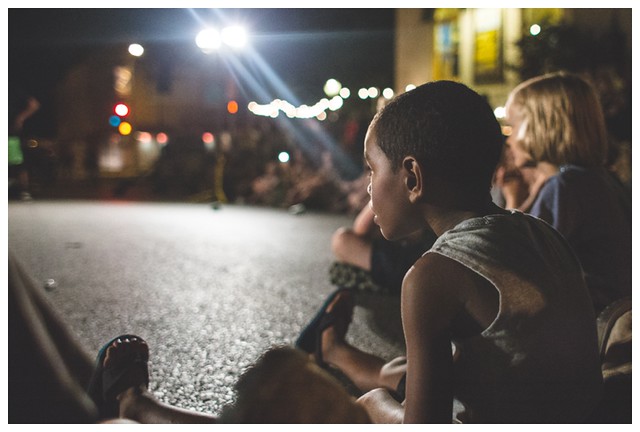 And one of the last moves, a flip over a line of several people.

So, Lawrence Buskers Fest was a big hit. Aaron and I are not big fans of crowds, but it was totally worth it. We were all laughing and enjoying ourselves!

One thought on “Lawrence Busker Festival”