Today was a harder day. I had to work. The power went out. And, I had scheduled Big L’s eye exam. An eye exam is a requirement of the program. LensCrafters has a program called “the Gift of Sight” where they donate a free eye exam and classes to qualifying children.

Right from the start, this was scary. We were taken into a little room where they had her read the letters from a chart, look at her eyes and do the puff of air into her eyes. Then we were taken back out to the waiting room and told it would be just a few minutes. I don’t go to Lens Crafters, so I am unfamiliar with their process and thought it was over. She was still nervous so I told her we just needed to wait for the results and we’d go get ice cream. WRONG. We still had to go in with the doctor and read more letters. She was so scared. I would have been, too. In a dimly lit room with only one person I barely know, plus a complete stranger giving me  all kinds of instructions in a language I didn’t understand. I requested they give her numbers and she pushed through it.

So, then, they said she needed glasses. Not desperately, but they’re free with the program. They brought us a box of pairs to choose from. My messages were along the lines of “Please try them on.” Shakes head. “Once you try them on, we are done.” Shakes head. “Just pick one and we can go.”

I pulled out one of my favorites and she nodded. Yes, those. Finally done. Ice cream earned. I apologized for my mistake about several times. When we walked out of the store, I put my arm around her and the relief was visible. She smiled at me and grabbed my hand. All better.

We were to one of those frozen yogurt places where you pick your own toppings. 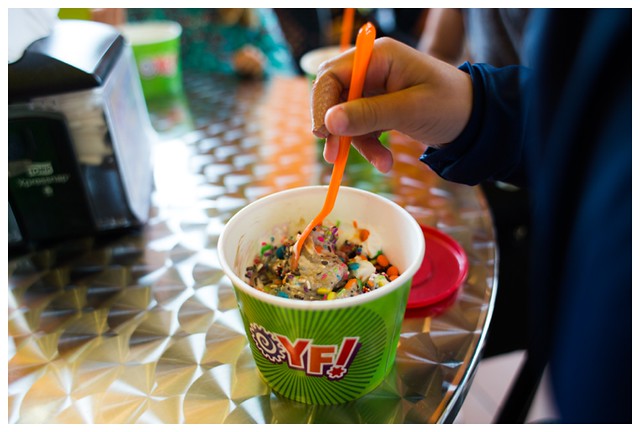 We had to go into another restaurant to use the bathrooms. We were waiting for Reed and there was a large chalkboard. Look at what she wrote me. In English. In Cursive. 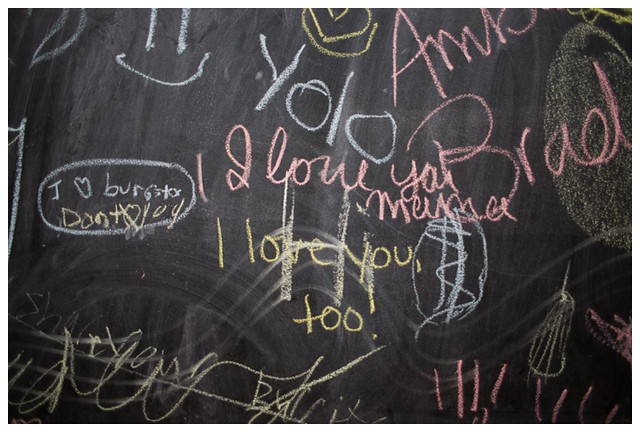 She also got to play on my mom’s iPad today. I’m not sure she’ll get it again. My kids are rarely allowed to play on the iPad because it gets out of hand VERY quickly. A well-loved “toy” like that can make little problems turn into big problems. Tonight, my issue with it was really sucking her in and instead of spending time with us, she was playing Solitaire and Candy Crush. No thank you. 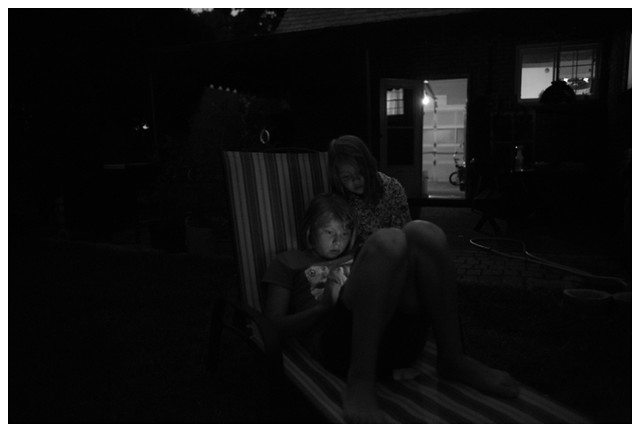 Well, tomorrow, another day. Hopefully a better one.