This morning, we visited the Embassy. The embassy is giant, surrounded by a huge fence, with tons of security. How American. Our actual visit was easy, the intake of documents. We will go back next week for the interview, once we have her passport.

It was a rainy day, so once we were done at the embassy, we had some downtime until we finally ventured out for lunch. We checked out Oliva, an Italian restaurant. It was really top notch in service and food.

I wanted to go to the Chernobyl Museum. 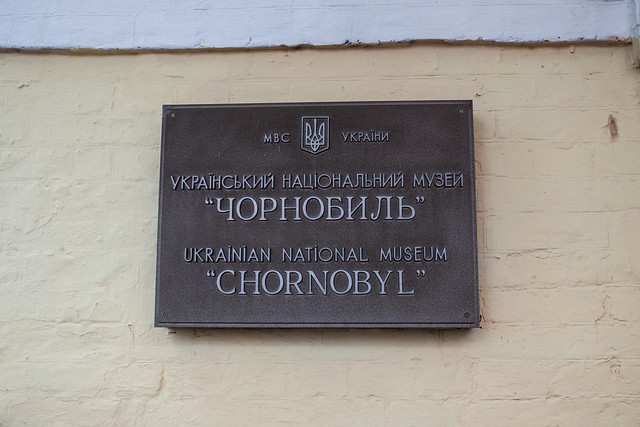 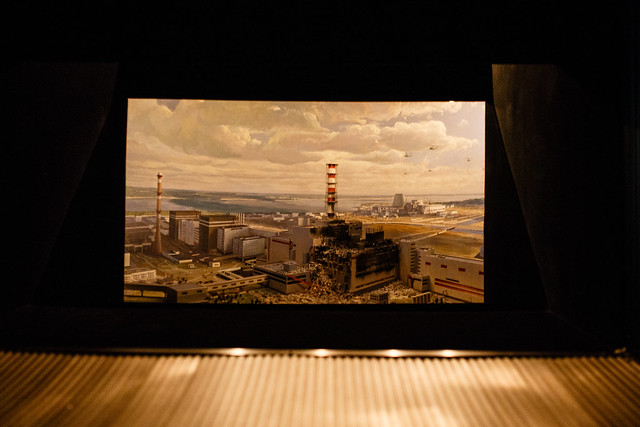 I don’t know what I expected, but I don’t think I imagined that the sadness would be so palpable. 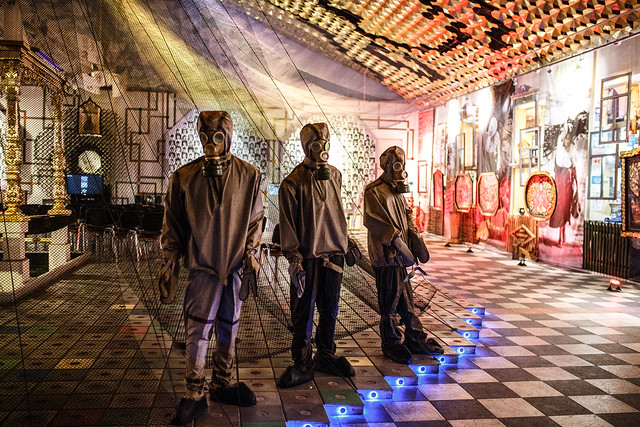 The loss of life, homes, and the ripple effect that is still occurring. 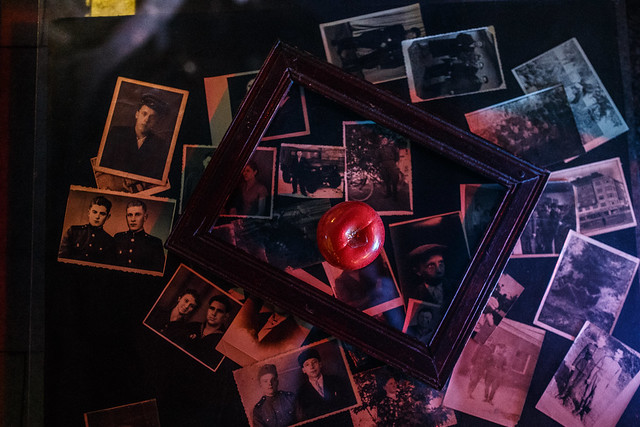 The children in these photos are all my age, born shortly after the disaster. Their parents either lived near Chernobyl, or helped with cleaning it up. They are 7x more likely to have chromosomal abnormalities than their older siblings. 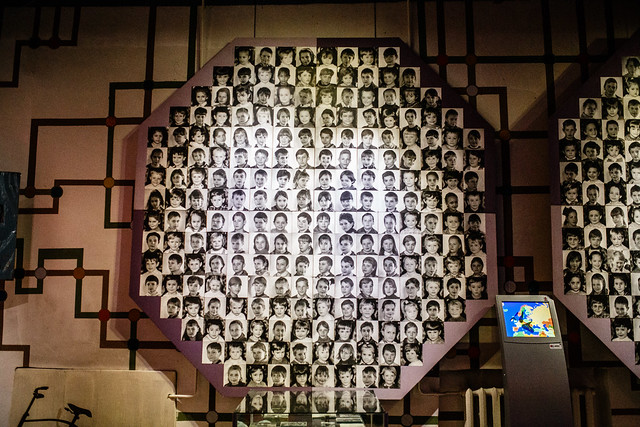 This gateway from a church which was burned down. It symbolizes the gateway between heaven and hell. 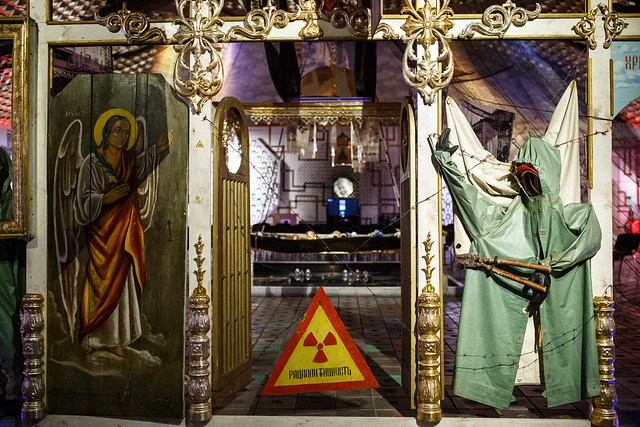 In black with white text, sign that would indicate that you’re leaving Chernobyl. 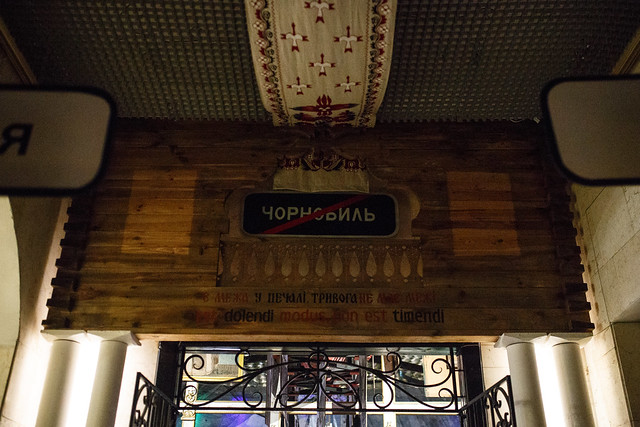 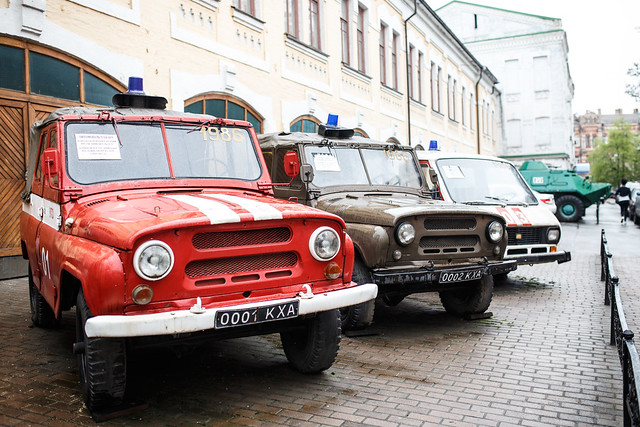 I can’t entirely wrap my brain around the extent of this tragedy. Frankly, I’m still trying to process what I saw. If you’d like to read more about how children are still affected, take a look at Chernobyl Children’s Fund.

The rest of our evening was low-key. We had eaten lunch late, so we decided to go to Lyiv Chocolate Factory for dessert, instead of dinner.

I got chocolate Spartak cake. 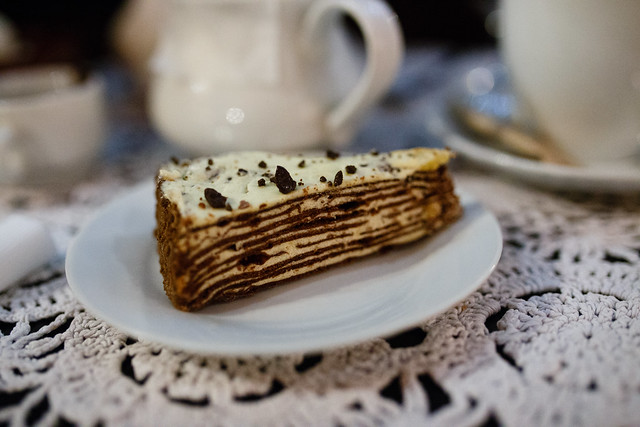 Lyuda got vanilla ice cream with chocolate sauce. And my mom got blueberries and cream. 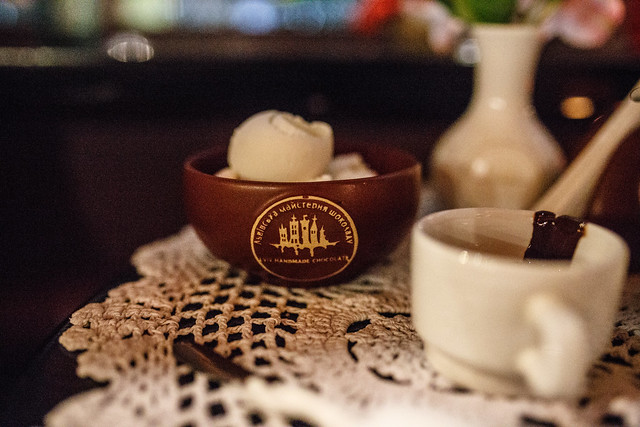 It’s amazing we’ve only gone here once when it’s right next to our apartment. 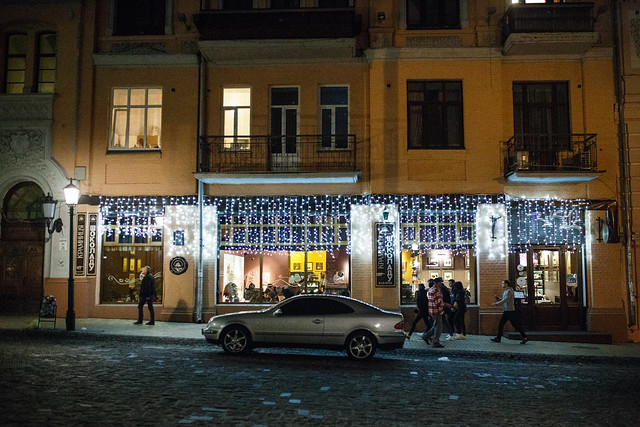 Tomorrow, the only thing on the agenda is to go back and have Lyuda’s TB test read.