Sorry to leave you all with a cliffhanger yesterday. 😉

Our fun evening was just beginning after the beach. I had brought food to cook over a fire and Aaron had picked up some firewood. Once we were done playing on the beach, he built us a fire.

First, we roasted hotdogs. A rare treat that went over well. 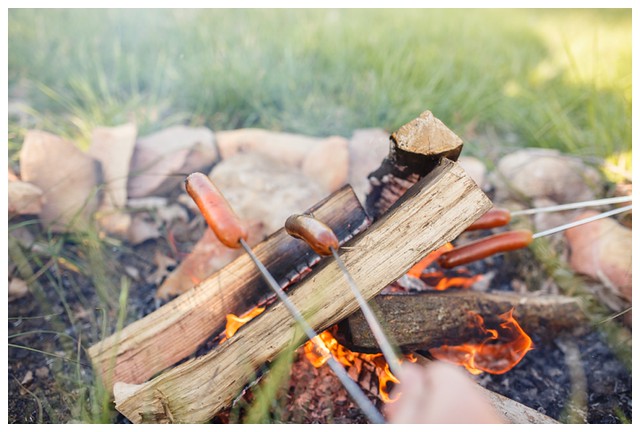 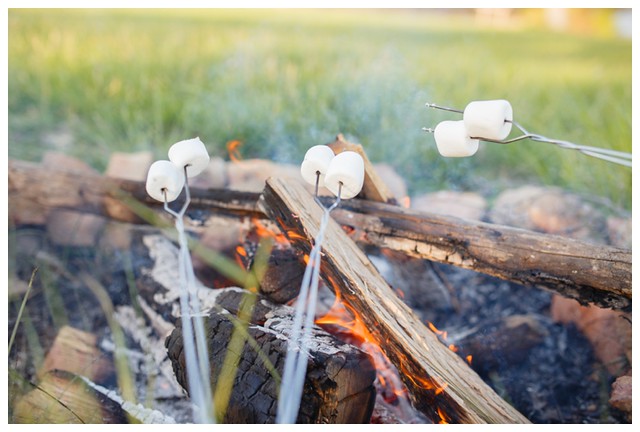 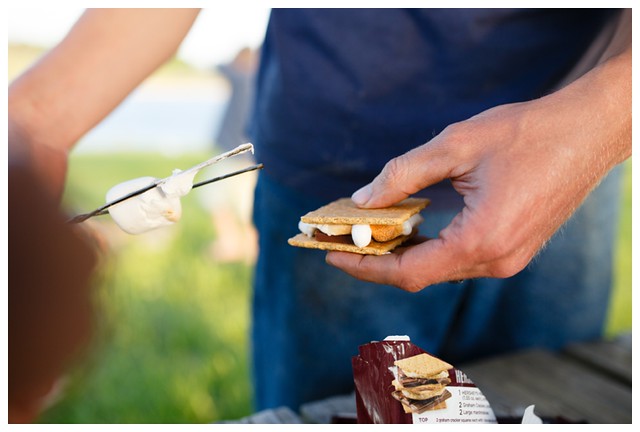 This is the first time we’ve made s’mores, although Reed informed me that he had made them at school before. 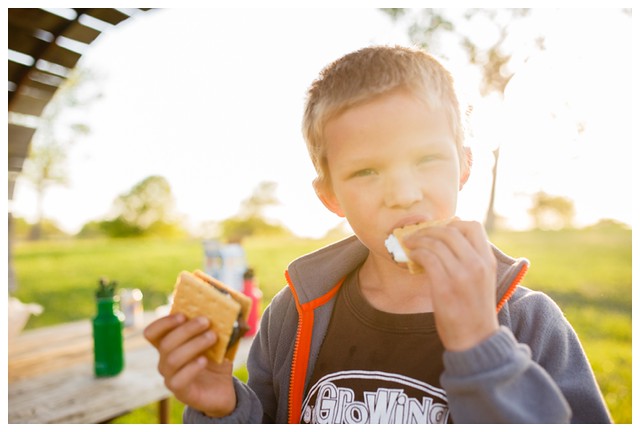 Gus just really wanted the chocolate out of his.

Gus decided that he wanted to crawl in the tent for a bit, so we watched the sunset. 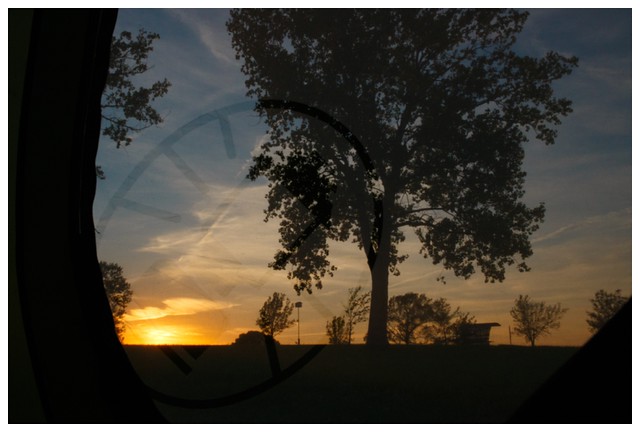 But, he changed his mind in favorite the campfire. And Reed got to put the last of the wood on, which was quite the honor. 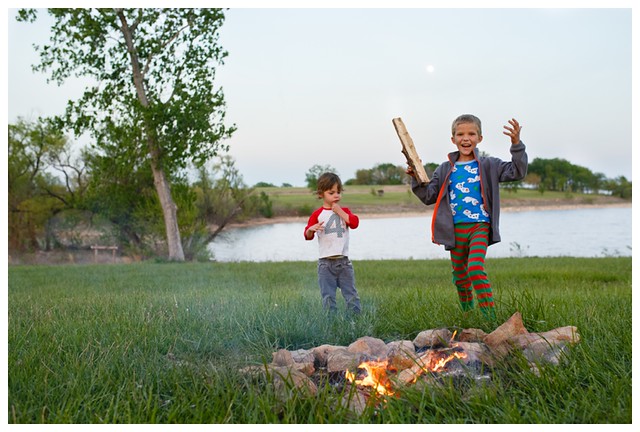 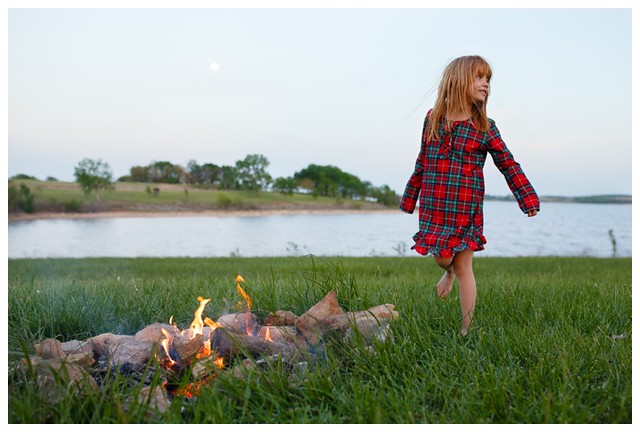 And, we just watched the campfire while the sun set behind us and the moon rose in front of us. 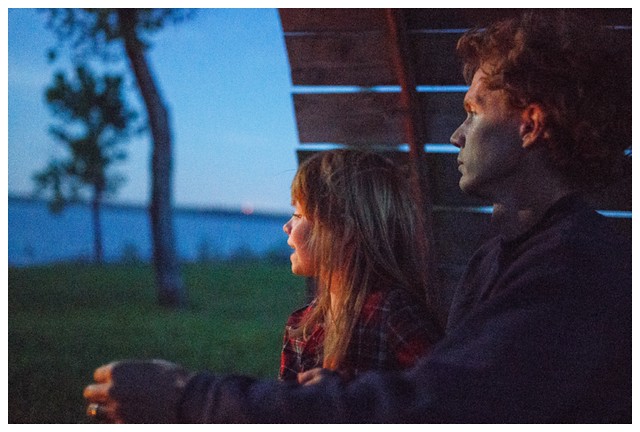 It’s amazing what fun kids can have with sticks and fire. 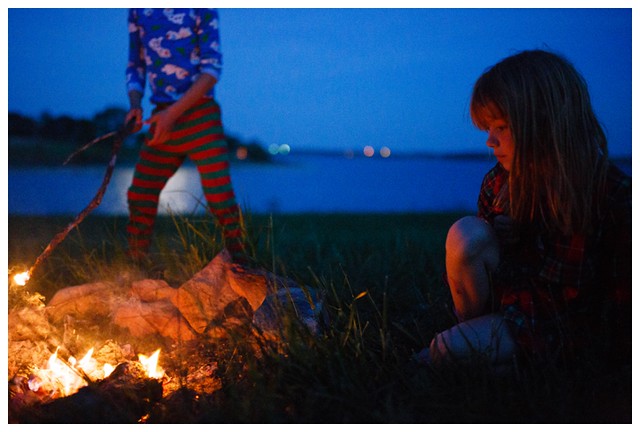 One by one, the kids decided that they were tired (whaaaat?) and went to sleep. So, Aaron and I had a rare chance to sit outside together. 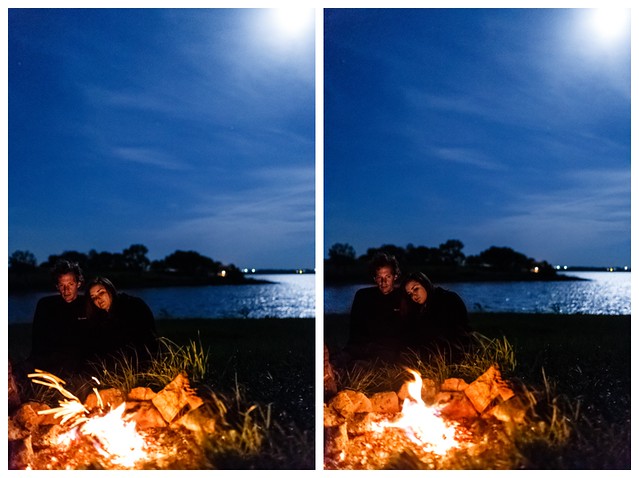 It was such a nice time. However, I was a bit bummed that the moon was full and the sky was cloudy! 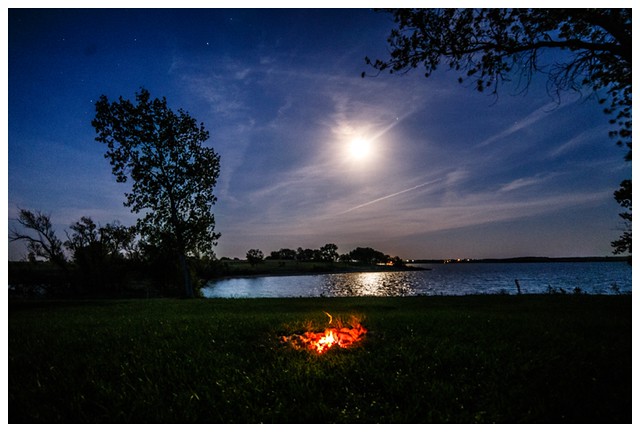 I ended up staying up a bit by myself, hoping that the clouds would clear, which they never did. I walked down to the lake with my camera and tripod. I’m fairly accustomed to being alone in the dark and rarely get spooked. But, being by the water where it was very windy and waves were crashing on the rocks had me completely freaked out!  I realized how much I rely on my hearing… and I could not hear a thing. I just took a couple of quick shots and headed back to the tent. 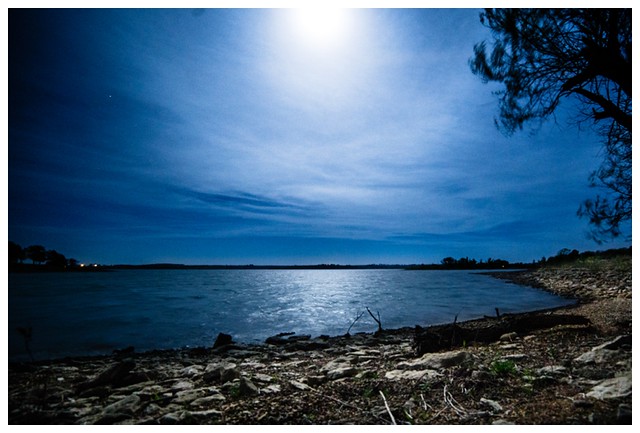 Up until crawling into the tent, I was really enjoying camping. I forgot how difficult it is to sleep well in a tent with 3 squirmy kids! Somehow, we made it through the night. 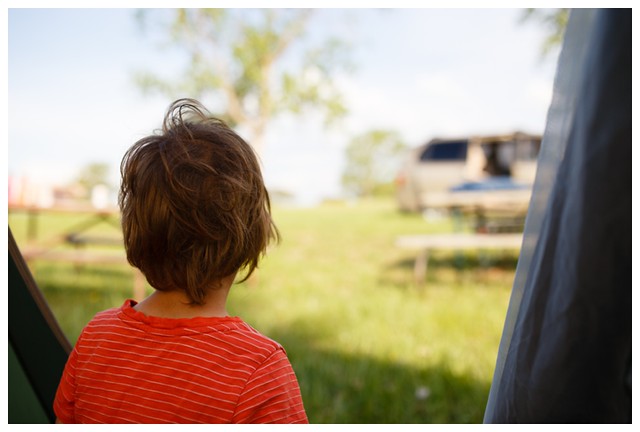 The kids were happy to play in the tent for quite awhile.

And, day two was pretty uneventful. We had planned to go canoeing, but with these storm clouds + a lot of wind, we decided to try that another time. 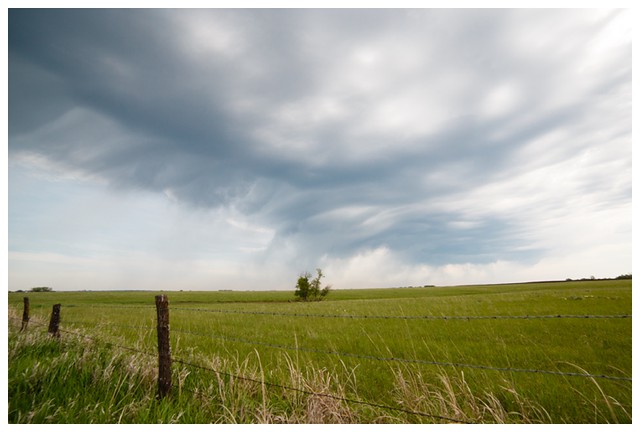 Camping was a great time. We had such a blast as a family. I wish it was a bit easier to get some good rest when sharing a tent with kids, though, so if anyone has any great tips for that, I’d love to hear them!