Our van died. As we pulled off of the highway one night, the lights on the dash began to come on, one by one. Our headlights dimmed. It was bad. We were still a couple of miles from home, but Aaron decided to try to make it home. The car came to a very dead stop just a quarter of a mile off the highway. 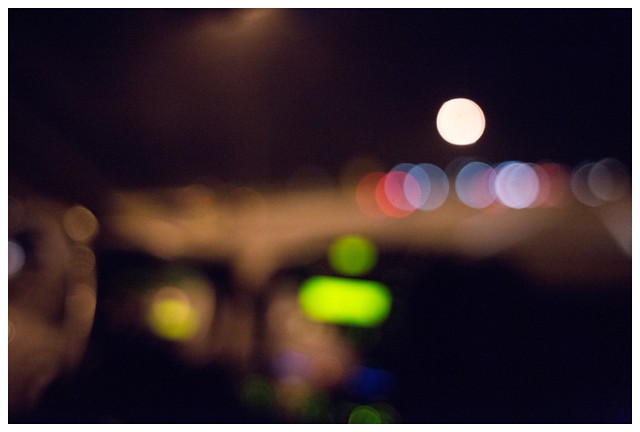 It was not what we wanted to deal with late on a weekend night, with all 3 kids in the car, but there were many positive things about it as well.

First of all, it had died just OFF the highway. While we might have preferred the timing a little bit closer to home, we were so glad it happened off the highway and in an area where we could pull off of the road.

Second, AAA. A few weeks ago, we had to have Aaron’s truck towed. I told my mom about it, thanking her as she is still paying for my AAA membership, even though I left her house many years ago. “I am?!” She didn’t even know she was (oops!), but I was so grateful to have it in a real emergency like this, when figuring out a tow truck would have been another hassle.

Third, our friends. Even before I called the tow truck, I texted two of my closest, most helpful friends and explained what happened. Both of them were willing to drop everything and get us. I was so thankful for their help and so thankful to have the sort of friends who will do that. My friend Danae, the one who ended up picking us up, took better care of us than we would have taken of ourselves, as she always does.

Lastly, my kids. It was late when we got home and they hadn’t eaten yet. They were obviously hungry and tired. But, instead of any sort of whining, Reed suggested that he go ahead and start getting ready for bed while I made dinner, and Lena followed without being told. I’m thankful that my kids are helpful, even when things don’t go well. Reed said “I was a bit scared at first, but it was fun to go in Danae’s car!”

We ended up being without a car for almost 3 full days, two of which were school days. This meant extra early mornings where we rode our bikes to school.  I thought this would be awful, and I have some muscles that might tell you it was. But, it was also a pretty fun experience. 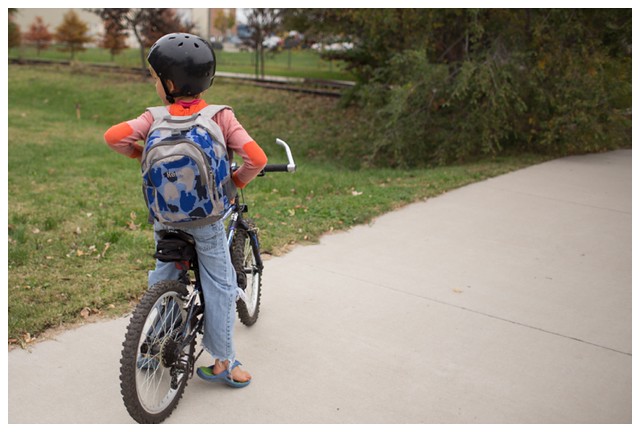 I loved the experience of “noticing” things that goes along with our slower method of transportation. We ended up finding a new route to school that we loved, lined with beautiful, orange and yellow trees and going past 3 chicken coops.  We heard the rooster crow and we heard the chickens cluck. Gus can tell you about each of them. He pointed out all sorts of things as we went and asked me all kinds of questions about what we were seeing– lawn mowers, ducks, cats. We even saw a raccoon one morning! 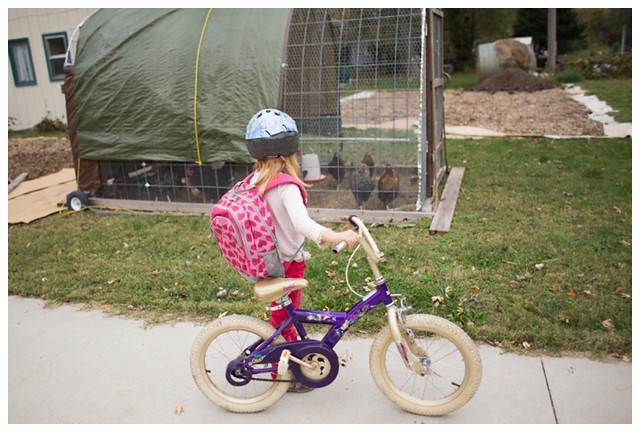 We also rode past a Quaker church each day as well, which left me thinking about their beliefs on peace and silence. Those reflections, along with the physical yet simple act of riding a bike, left me feeling peace and restful, too. Isn’t it funny how that happens?

While I still could have done without the repair bill, all of these little things felt like a prescription for my soul– early quiet mornings, required exercise, reliance on friends. I was ready to have my car back, so I could make a trip to the grocery store and take Gus to preschool, but I’ve also found myself checking the weather, wondering when we can bike to school again.