If you’ve been reading my blog for awhile, hopefully you already know what geocaching is. If not, basically, it’s similar to a scavenger hunt. People hide a container and then share the coordinates on geocaching.com. Most people go geocaching in daylight, but there are a few caches hidden that are specifically made for night. They give you the coordinates for the first spot, then you use a flashlight to follow reflectors. Aaron and I have done a couple of these in the past, dragging along terrified friends. Well, we took the kids to do their first night cache last weekend.

Some of you probably think that this is nuts or even dangerous. It’s really not. There was an entire boy scout troop camping in earshot and we walked right by a dad and his son fishing. Frankly, I’d much rather be in the woods with 3 flashlights and two smartphones than out trick or treating downtown in a city. Perhaps I should mention that we don’t have a lot of animals which pose a threat to humans around here, beyond fellow humans that is.

We started at sunset. 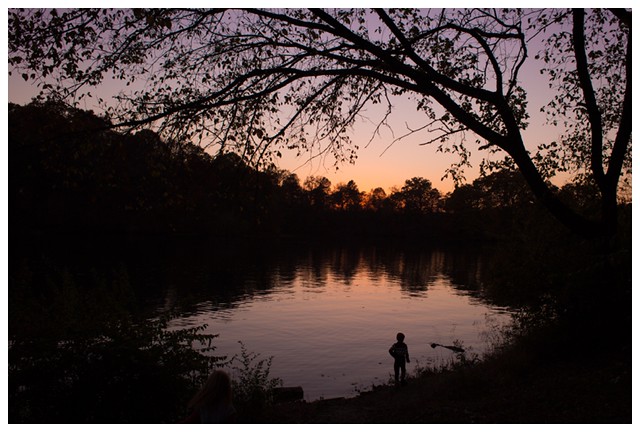 Both of the older kids were armed with flashlights and Aaron as well. I prefer not to use a flashlight unless absolutely necessary, instead relying on my eyes. 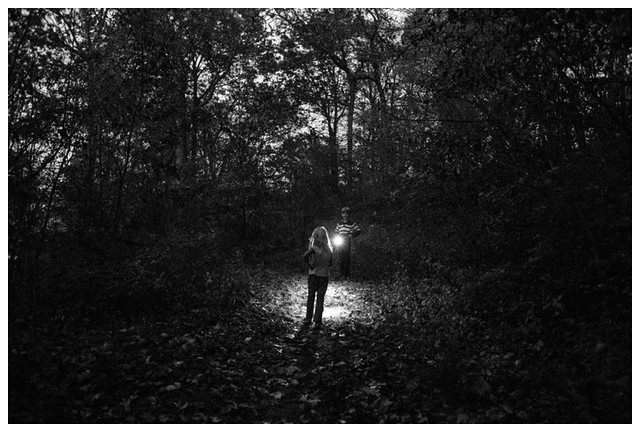 This was a two part geocache. So, you go to the first stage and get the coordinates that you need for the second stage. 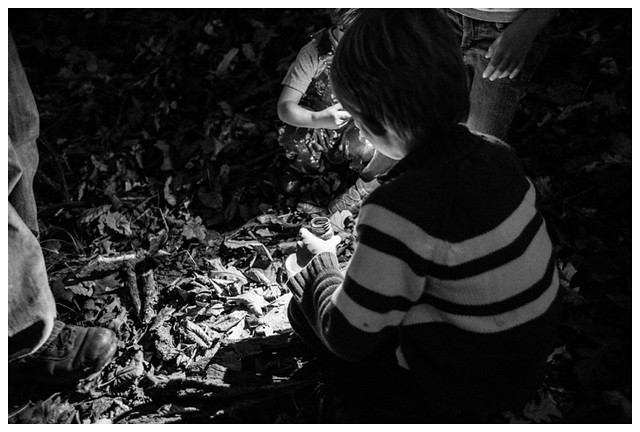 Putting the first stage back. 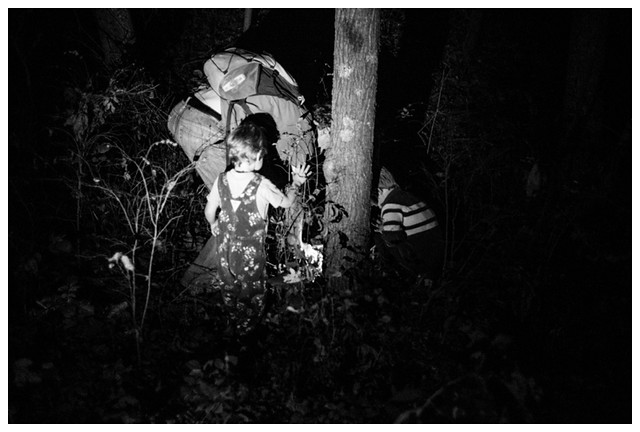 I recently read a book called “Learning to Walk in the Dark”, by Barbara Brown Taylor. I’ll have to share about it sometime. It’s worth reading. As someone who loves the dark, it was fascinating, but I think it would be good for someone who is more fearful of the dark to read as well.

For one of the parts, we had to find this smiley face. 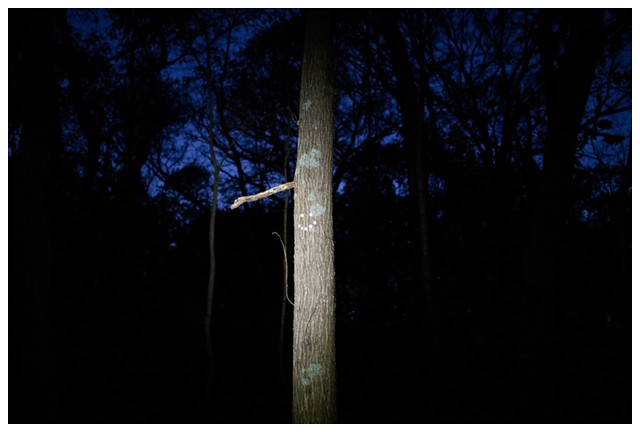 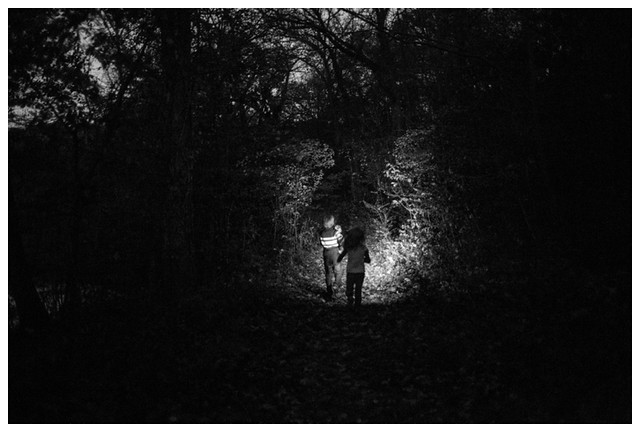 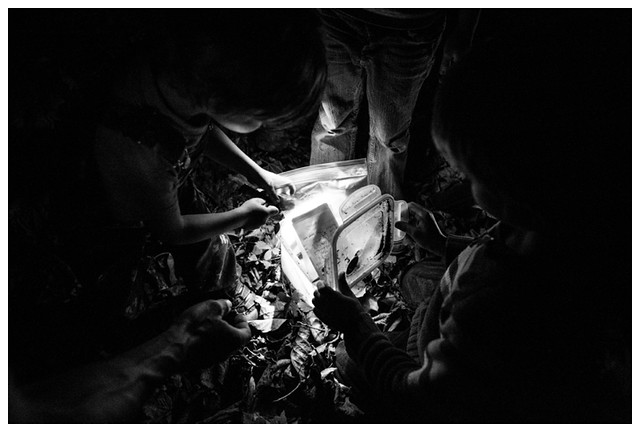 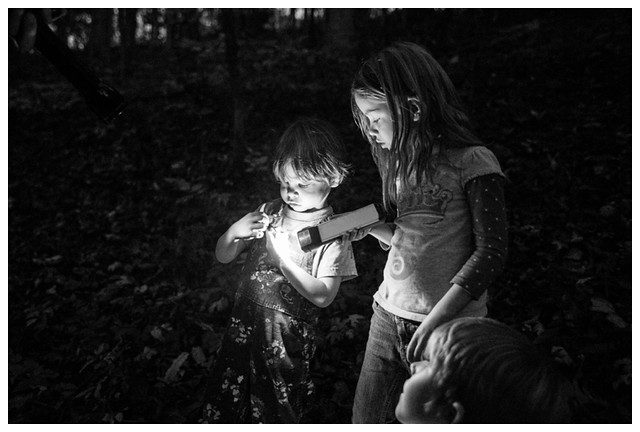 Lots of fishing themed stuff inside. 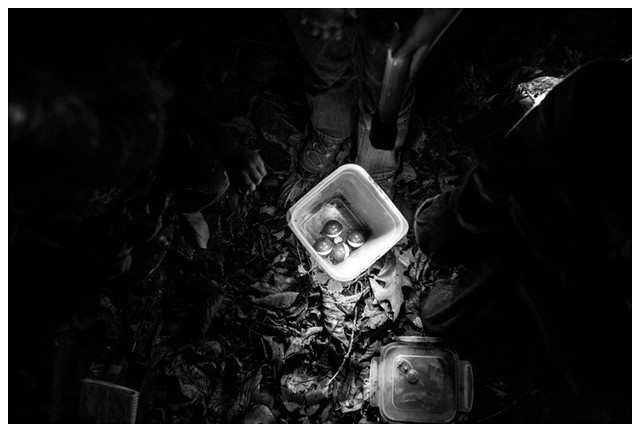 We had a lot of fun! I think it was probably one of the kids’ favorite geocaches ever, and one of my favorites that we’ve done with the kids.