Big L slept in late, as can only be expected after traveling for about a full day. So, we played outside.

Shortly before noon, I got Big L up. She did not want to eat. We checked in (via phone call) with her chaperone, who said not to worry about it yet. So, we decided to walk to the farmer’s market. A large, indoor market.

(She held Lena’s hand the whole way there. And we found a robin’s egg on the sidewalk.)

I google translated telling her to tell me if she saw something that she liked. That she could pick something for herself. But, she sort of shrugged and didn’t seem too interested in anything. We did grab a couple of things I thought she might enjoy– sausage, homemade pierogies. And, they sell pizza kits, which sounded good to me this morning.

Big L pushed the stroller the whole way(about a mile) back. I kept offering to take it, but she insisted.

This homemade pizza kit that just happened to sound good to me this morning was the key to getting her to eat. 4 pieces later and I felt much less worried about her dietary habits.

One of Lena’s love languages is physical touch and it is likely one of Big L’s too, based on how much these two are touching and cuddling.

Over lunch, when we having some awkward silence moments, we invited my sister and her kids over to play. But, then we pulled out the baby pool and everyone was playing happily again.

So when 5 of my sister’s 6 kids ran into the yard and my kids ran off to play with them, Big L looked a bit overwhelmed/nervous again. We had some very awkward introductions. Ooops. Telling them to come over was a mistake.

Not so fast. I asked my sister if I could squirt her kids with squirt guns. She said, “yes” and it was ON. Within just a couple of minutes, everyone was in on it and laughing hysterically. My mom told my nephew to get Big L. And before too long EVERYONE was soaking wet and still laughing hysterically.

After that, the silliness just continued. We played in the yard with my nephews and niece. The two preteens, Big L and my nephew got in a little good-natured battle over Lena. Who was allowed to tickle her.

There was twirling and rides on shoulders. The girls were just having a blast, with just each other’s company.

Gus got some tickles, too.

My sister and her family left and things calmed down a bit before dinner. 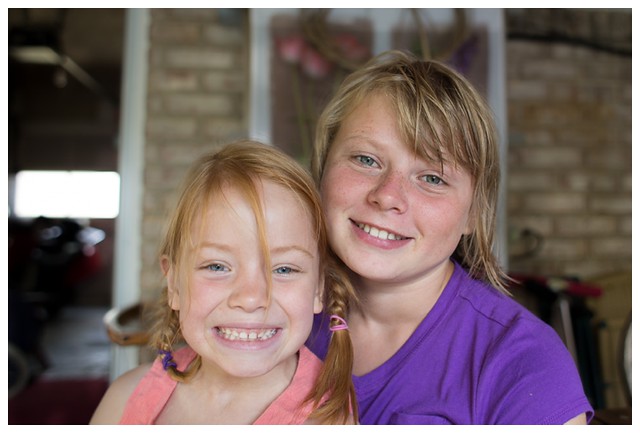 Lena’s hair was brushed out again and now styled into a little bow.

Reed, at his request, even got a new hairstyle. 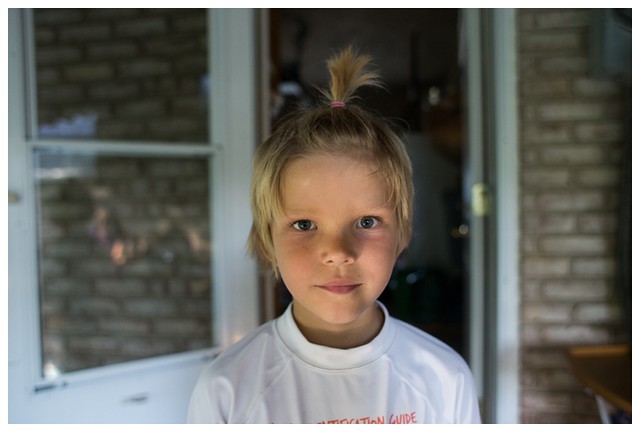 We played a rousing game of UNO, where Big L beat us again. I think maybe I’ve won once and maybe Lena has won once. And Big L beat us about half a dozen times. She is very sharp and competitive. But good-natured, telling me “sorry!” when she gives me a “Draw Four”. 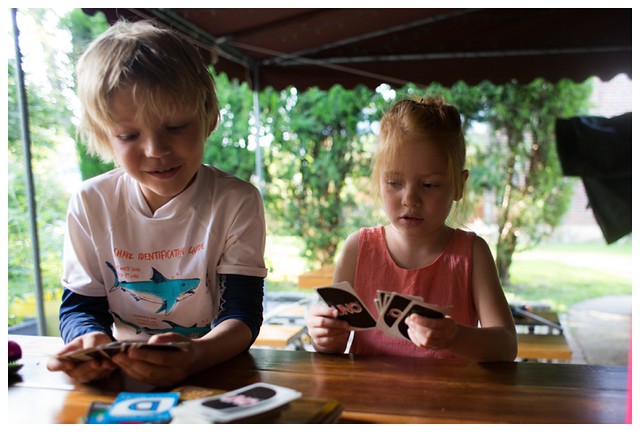 Reed is truly clueless about how to play the game. It’s almost funny. He is very sloppy with showing his cards, so Big L kept telling me that he had a color when he’d say he didn’t.

Our last event of the evening was watching Frozen. My kids were pretty bummed that we missed movie night last night. Frozen wasn’t on my movie-night list, but my kids were very excited that I picked it and I thought it might be an easier one for Big L to follow. 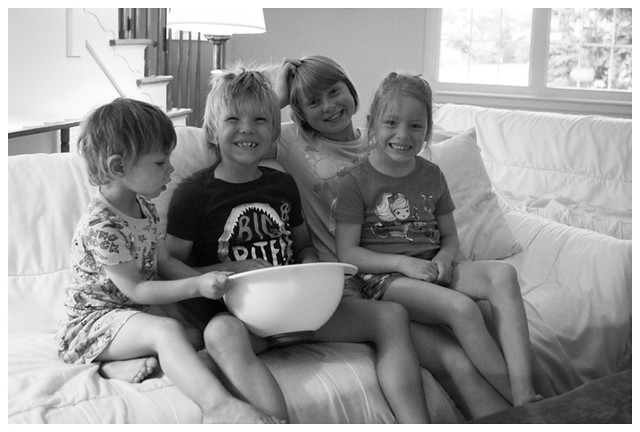 I’m not sure if my favorite part of watching Frozen with this crowd was: 1. Gus singing and dancing along very enthusiastically to a movie he knows the soundtrack of, but has never seen. 2. Lena explaining the important parts to Big L… in English. Which Big L doesn’t understand.

Such a great day, just wondering how we can live up to it tomorrow!

One thought on “The First Day of Summer”