Today was a strange combination of feelings. I think that anyone who has adopted can tell you that there are days when it’s impossible to separate the joy and the sorrow. Today was one of those.

I woke up to see a sliver of blue sky in the clouds. It was beautiful. No fog, lots of fluffy clouds and bits of blue sky out our window. Already a better day.

We had to go to the notary with Olya, our other facilitator. We walked. I was looking forward to a walk on the beautiful day and was looking forward to exploring the town. As soon was we stepped off of the hotel sidewalk onto the road, I fell. I knew it would happen– there was no avoiding it. The road was solid, smooth, slick ice. Ouch. I brushed it off and we continued on our way. The roads were all ice and slush covered. I was amazed I only fell once on our walk to the notary, which was about a mile. Oksana met us there, joyful as always. We signed out papers and headed back.

They had some other errands to run, and I figured while we were out braving the treacherous sidewalks and roads, we might as well explore a bit and take some photos. 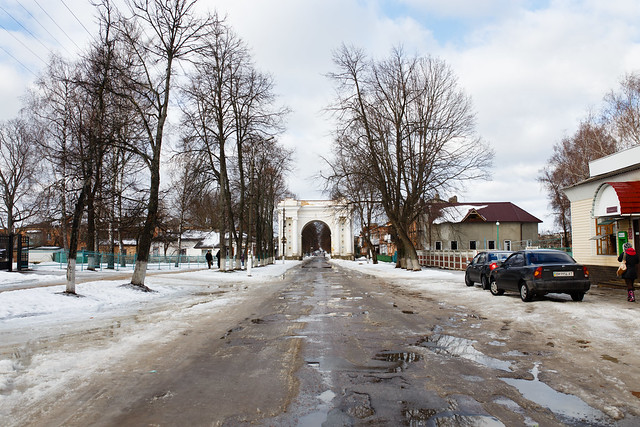 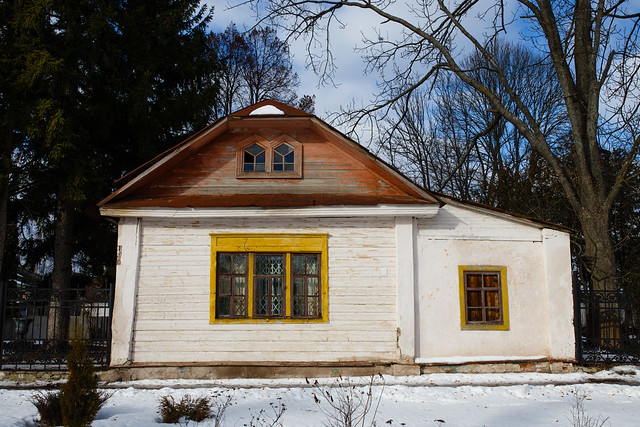 In the afternoon, we headed to the orphanage. The first part of our one hour drive was pretty clear, but as we turned off onto the smaller roads, they were still snow and ice packed. Our driver handled them all well, but it’s not exactly a pleasant ride.

Once we arrived, Lyuda wasn’t around, but a girl went and found the orphanage psychologist for us. I asked him to take me to the bathroom. All of their bathrooms are outside. The kids have an outhouse type of bathroom. Guests get to use a nicer bathroom, which remains locked, which is why I needed him to escort me.

I took the opportunity to ask him how many kids were at the school. 36. He also complimented me on my Ukrainian today (woohoo!).

Back inside, he found Lyuda for us. She brought her friend O into the room as well. This time, the orphanage psychologist didn’t seem to care. We all looked bashful when he found O with us, but he said it was okay. O could stay and play cards with us. 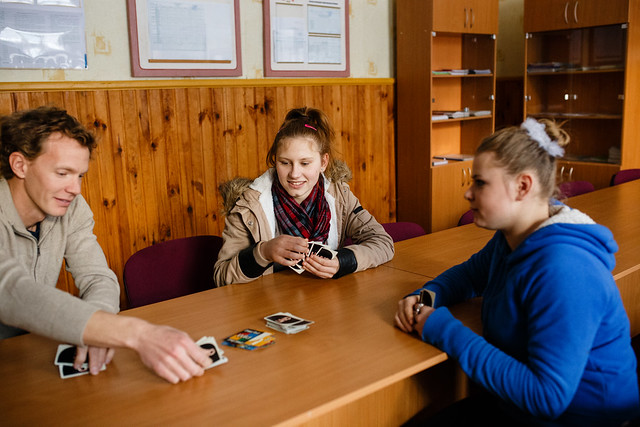 O showed me her hand– I didn’t see it at first, but then I realized. It was swollen, bruised and she was using it with great care. Lyuda even said that she washed O’s hair for her yesterday, as O couldn’t do it herself. Lyuda also said that they would take O to the hospital on Tuesday. I got concerned for O, and the orphanage psychologist gave me permission to share a photo with my American doctor friends. I shared it privately on Facebook, and there was a lot of concern. I have a couple of ideas on how I might be able to help her a bit until Tuesday, or have some idea if it’s a very urgent matter that needs attention– in which case I’ll beg to see if we can pay someone to take her sooner. O has already aged out and at the very least, I want her to know that she is loved and someone cares to make sure that her needs are met.

We also had some interactions with other kids today. One boy who has a family coming, R, smiled and said hello. And I, a girl who was just here for hosting, gave me a huge smile and said hello, too. I is a bit shy, but she seems to have warmed up to me. There’s a boy, N,  who REALLY wanted to meet us. He wants a family, but he’s already aged out. He came in and talked to us for a few minutes. He was shy and apprehensive, but this was so important to him. Unfortunately, he’s 16 and has also already aged out. When I said in Ukrainian “you want a family?”, the orphanage psychologist again said that we can only talk to Lyuda. I think I made a mistake, asking him this question and I hope he doesn’t reconsidering allowing us to spend time with O or other kids because of it. 😦 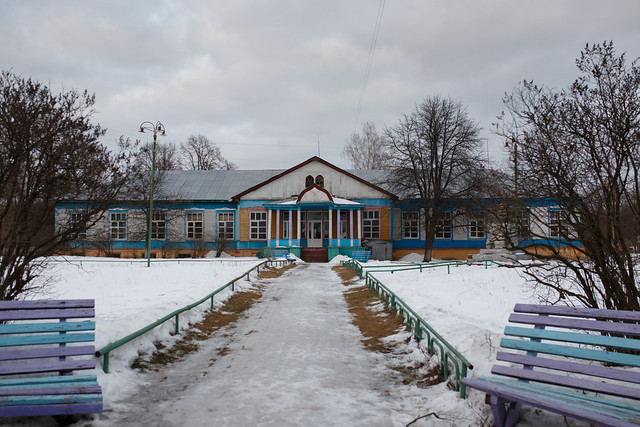 So, yes, we had a good visit with Lyuda today. And, yes, it was nice to meet her friends. But, it’s also heartbreaking to meet aged out kids and know the limitations of how we can help them. I want to be an encouragement to the kids, but I also don’t want to be the Americans who cause problems, despite their best intentions. We are only here for a short while, and we can only do so much. 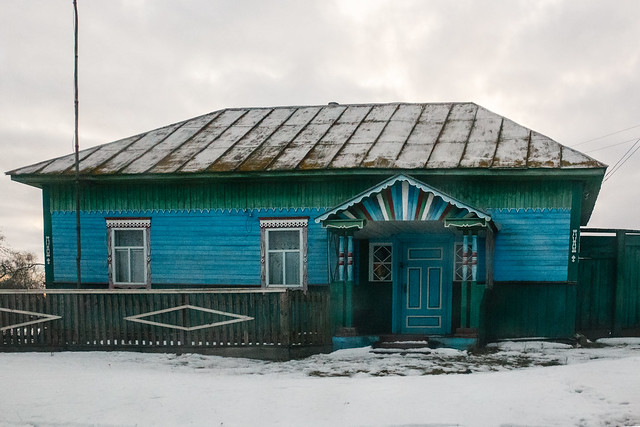 This is one of the houses that we pass on our drive. There are many interesting houses on our way. These little villages seem to be part of an entirely different world. All of it– the orphanage life, the village life, is so far removed from my own that it’s difficult for me to even comprehend.