School’s Out! Oh wait, school’s been out, but I’m just really behind on my blogging.

Actually, Gus has been out of school for over a month now. And Reed and Lena, over two weeks.

All three of them had great years.

This was Gus’s first year in school. He is so well loved there. After Aaron had taken him to school a few times, he said “everyone knows Gus there… not just in his class, but in the whole building!” Gus’s classroom is in a large building with offices, adult classrooms, etc. Yes, I told him, that’s because he’s Gus. He makes himself known! I was surprised how much more focused he was at his spring class program than the winter one, singing along, saying his lines. He actually said one of his lines TOO early so his teacher had to ad-lib the script a bit.

Lena had a great school year, too. Her teacher is exceptional and really recognized Lena’s gifts. Lena is a great reader. She’s also gained a lot of confidence this year. For a girl who had no understand speech in any language at 3 years old, she’s made incredible progress! 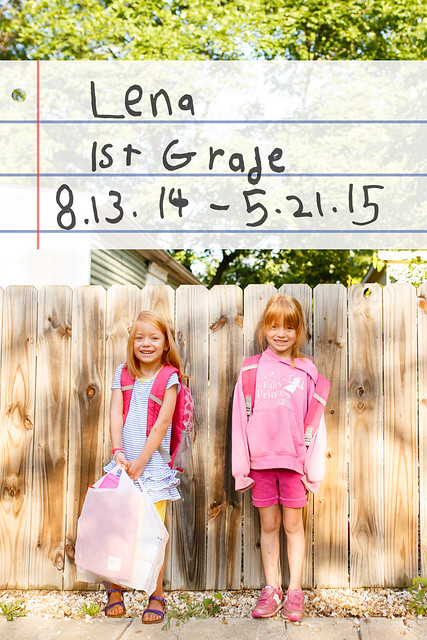 Reed matured a ton this year. Both his classroom teacher and one of his specials teachers remarked how he’d gone from being a follower, always in the center of “fun” (even if that’s trouble) to be a leader who makes wise decisions, even if that means going against his friends. He has a remarkable worth ethic. While he has been practicing Ukrainian this summer, he pulled out a notebook to take notes… and filled it with page after page of notes! 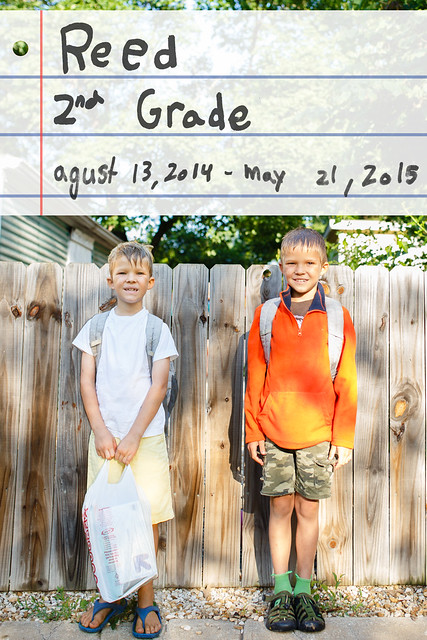 Glad everyone had a great year and now we’re ready to enjoy summer. 🙂