The day that Big L arrived, we had to go to Kansas City for a doctor’s appointment. Reed and Lena were missing their class parties, so I decided to make it up to them by going to the aquarium.

They’d never been to any aquarium before, so this was pretty exciting.

This is his “over the moon but playing it cool face”. 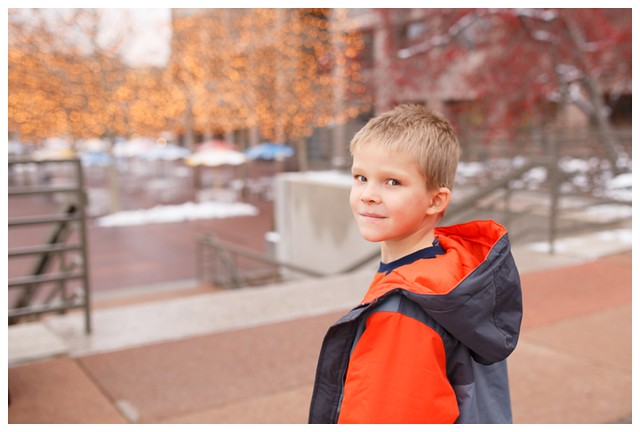 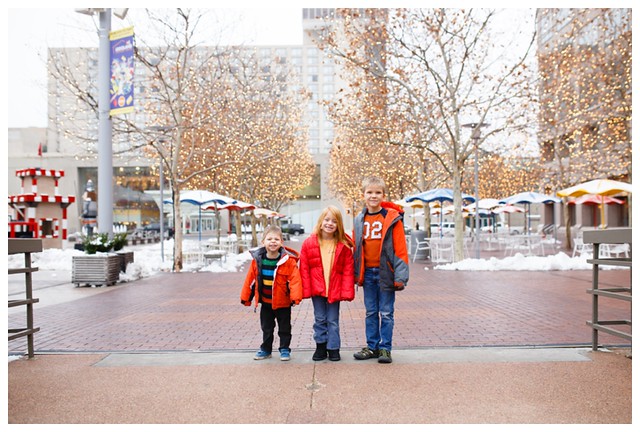 So, into the aquarium. Gus could spend all day in this place, just sitting down in front of the tanks, watching the fish. 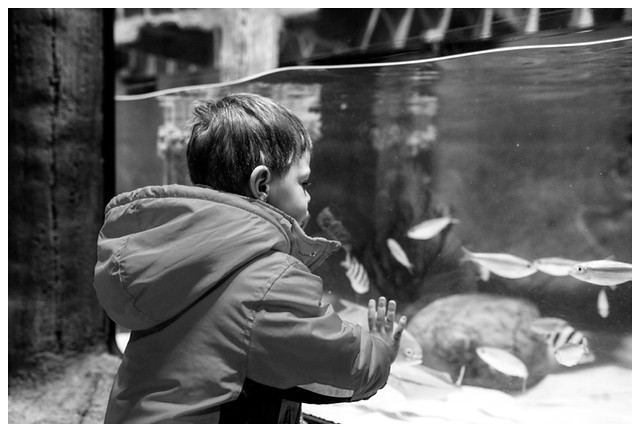 Reed was literally running from display to display and meanwhile, I was trying to get Gus to just keep inching along. 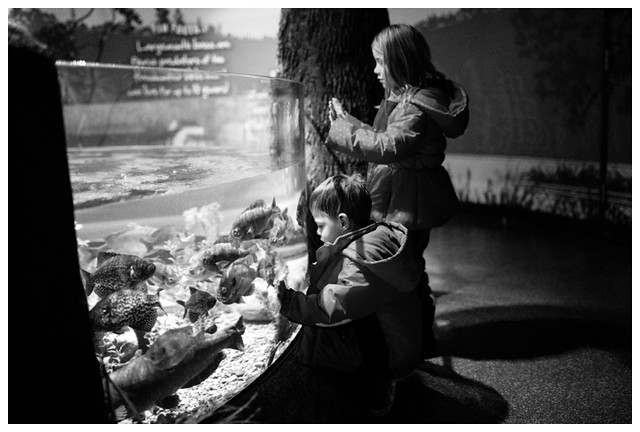 The one thing that Reed wanted to see was a starfish. Well, they not only had starfish, but they were in the touch pool, so that was pretty cool. 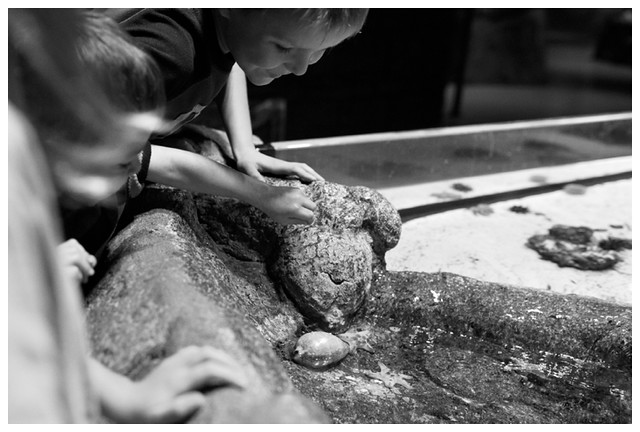 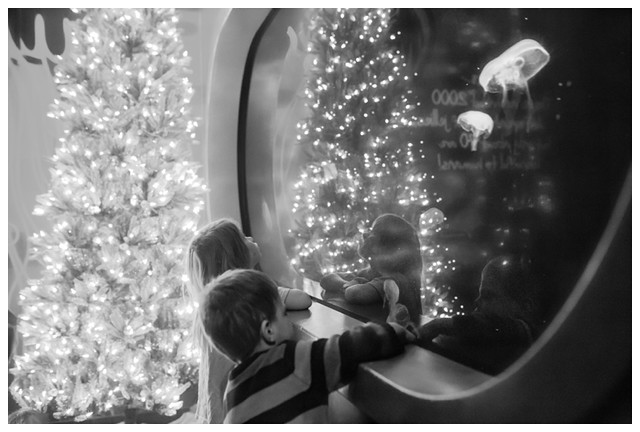 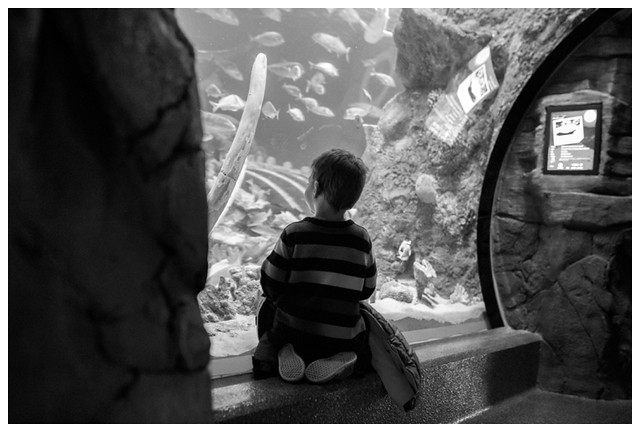 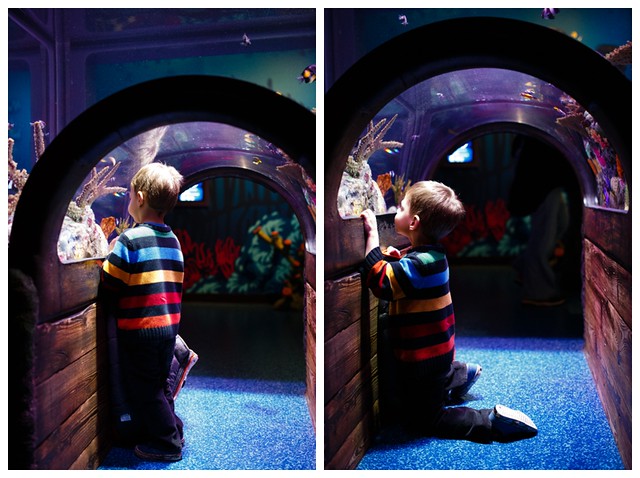 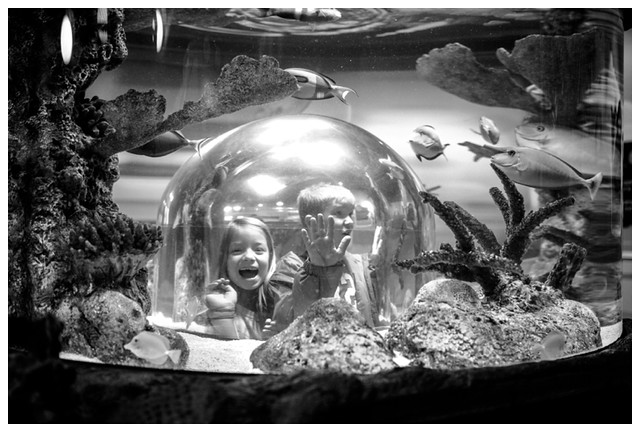 So you want my Kansas City aquarium review? Eh, it’s okay. I’ve been to much, much larger and nicer aquariums, such as the Camden Aquarium and the National Aquarium in Baltimore. It does not compare. It feels much more commercial (less science-y) and it’s definitely geared towards younger kids. I think my 7yos were about the upper age limit to really enjoy it. Considering I don’t know when we’ll get to Camden or Baltimore, it was fun to go to an aquarium. I think my kids will have fond memories of it, but for me, nothing will compare to the time that my classmate’s younger brother fell into the stingray touch tank in Camden. 🙂

So, after we were done with the aquarium, we went out to play on all of the lovely Christmas toys outside. Crown Center Plaza has some Christmas magic going on. Child-size vehicles to play on, a huge tree, an ice skating rink and blaring Christmas music. 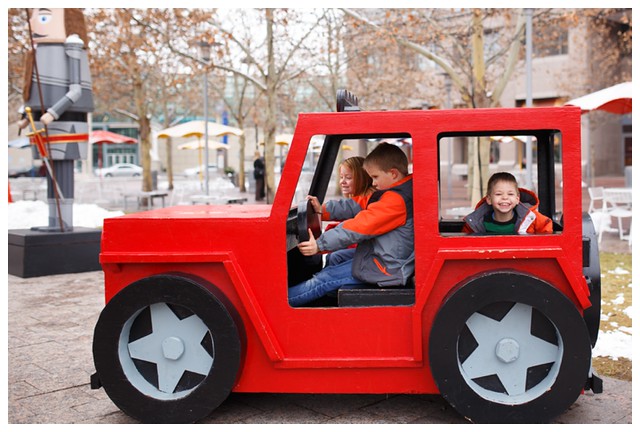 “Okay, everyone look at me!” Too much to see. 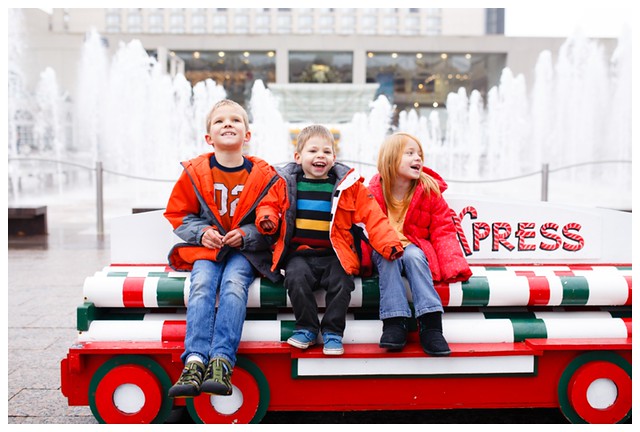 I asked them to pose for this photo and it turned silly pretty fast. 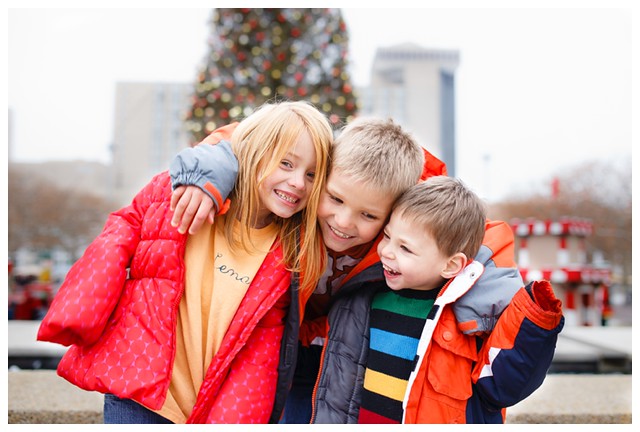 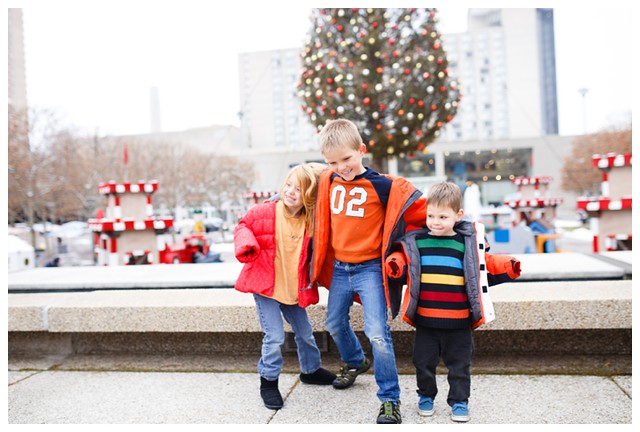 So, even though the aquarium’s not my favorite, Crown Center Plaza is a real blast this time of year. If you wanted to go there and do something besides play outside, I think Kaleidoscope is way more worth your time, particularly because it’s free– they even validate your parking! I went there with a friend a few years ago, and I think we need to plan another trip.

We did have a super fun day and it was nice to spend some time with my kids doing something fun and exciting. Almost anytime I take them somewhere new, Aaron is with us, so it was cool to go with just the four of us for a change.

Lastly, here’s a video of Gus talking about the aquarium…

One thought on “Aquarium Fun”