Haircuts were overdue. Both boys had hair in their eyes. I’m not sure if Aaron or Reed initiated the hair cuts, but it needed to happen.

Getting ready…I’m pretty sure that Reed could rock a Justin Bieber hairstyle if he wanted to. 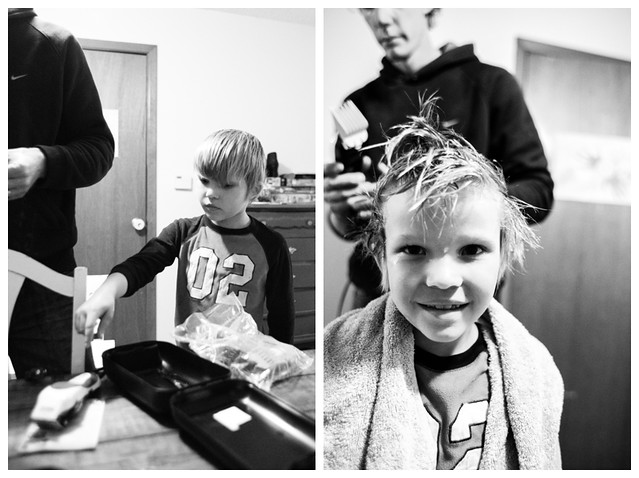 This is the boys’ first hair cut at home in almost a year. We only cut their hair about twice a year(lazy?) and my sister cut it this summer. 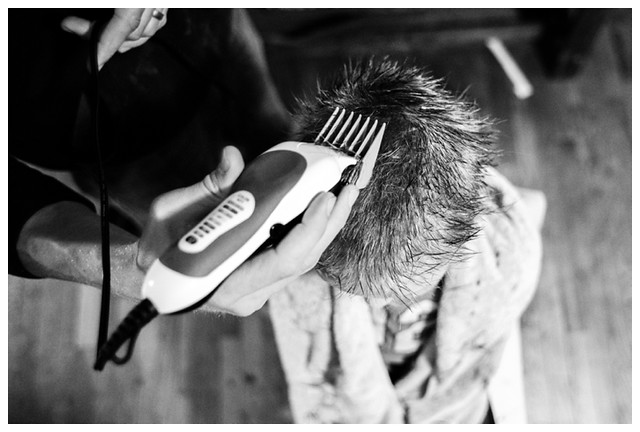 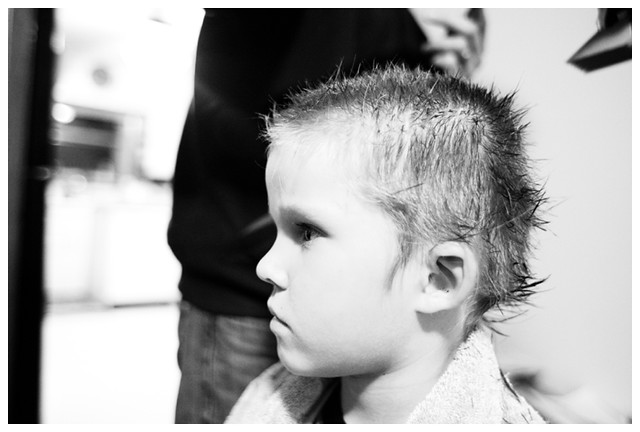 He seems to enjoy this, but keeps asking for us to shave it all off. 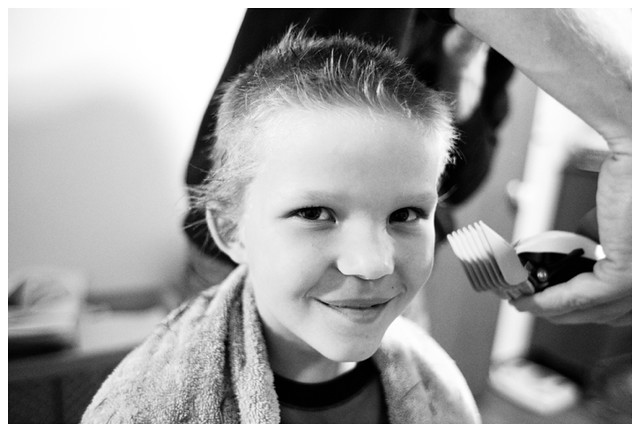 Then, it was this little guy’s turn. He was pretty excited, too, although I always hate to see his curls go.

Around this point, Reed said, “he looks like Abraham Lincoln!!” 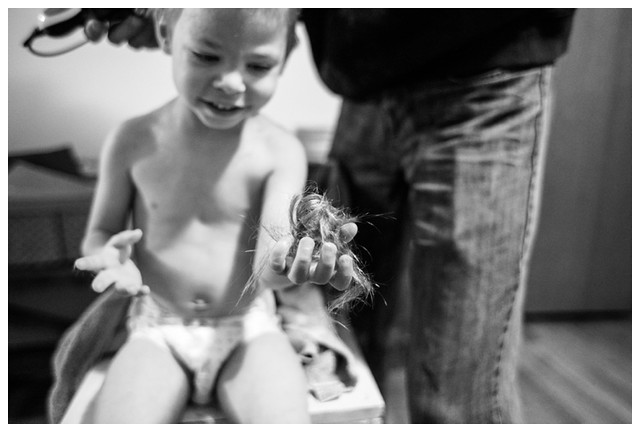 Lena watched. I asked if she wanted a hair cut and she told me that she likes her hair how it is. I’m totally fine with that, as long as we don’t have a repeat of one of the other times she cut her own hair. 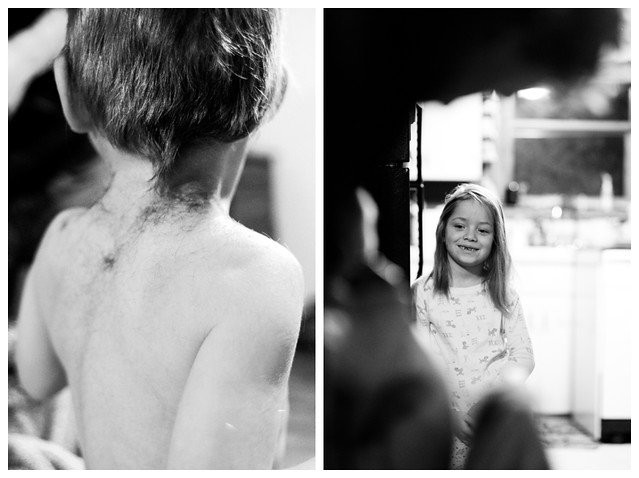 It was after dark when Aaron was cutting their hair, but perhaps I’ll have to take some photos in daylight and show you how they’re both looking now!