Awhile back, I wanted to play around with double exposures. It’s an interesting photo technique, exposing a photo twice. There are some incredible examples on Flickr. Technically, what I am doing is a digital merger of two images, unlike a traditional film double exposure where the film would have actually being exposed twice.

This can be done with photo editing software or in some DSLRs. I was playing around with it in-camera, but I’d like to play around with it some in editing as well.

Lena modeled for me first. She is my go-to model, because she’s the best at taking direction and standing still.

This is how one of these exposures looks straight out of camera, no editing applied. 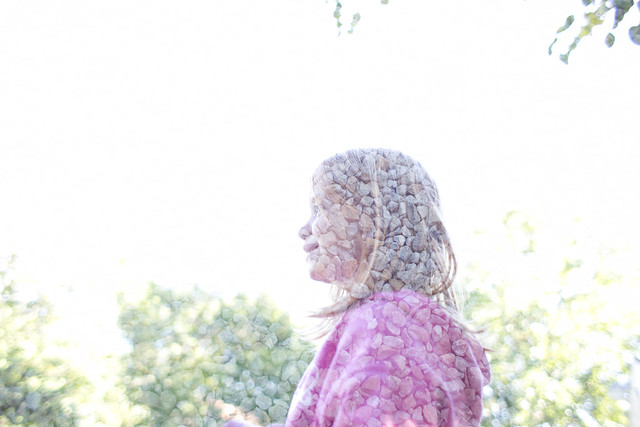 Once Reed saw what I was up to, he wanted to be turned into a rock person, too.

Here’s how his looks, fully edited. 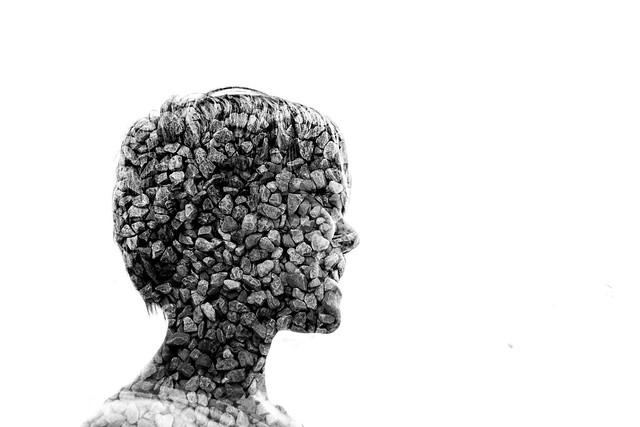 We also took this one and I merged the two photos together, so his body is double exposed, but his close look normal. This is so he’d really look like a rock person. 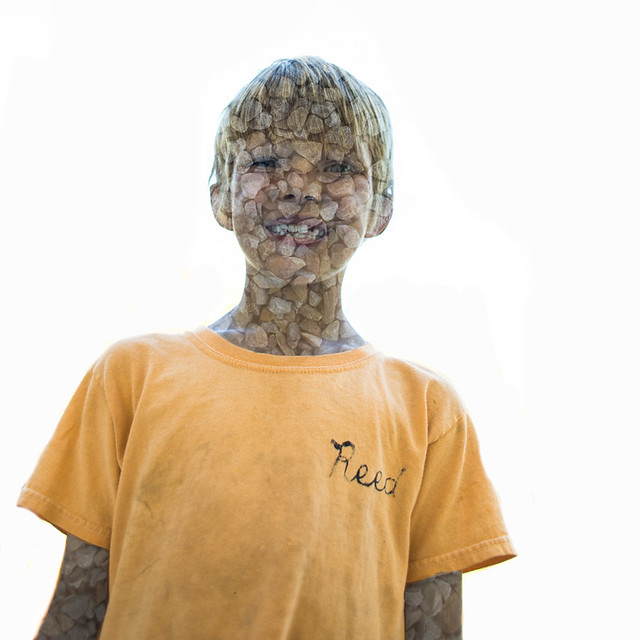 It seems to work best with textures. I need to experiment more with it, but it’s lots of fun.