Summer is here. We skipped spring and jumped straight into the heat of summer.

We had a couple of incredibly hot days, and while we had plans to go to the playground on one of them, we decided that the sprinkler would be a better option. My kids were SO excited. 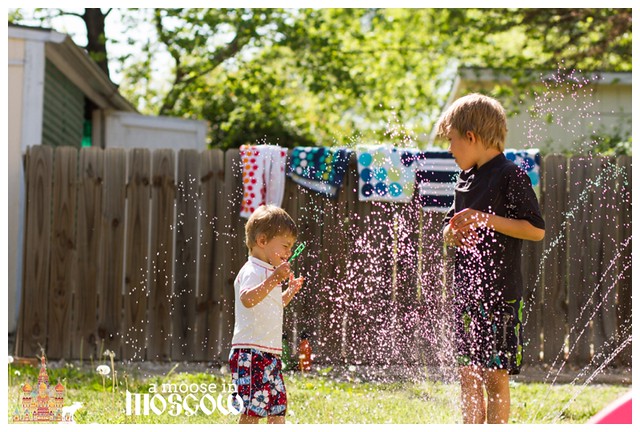 This is how he really feels. 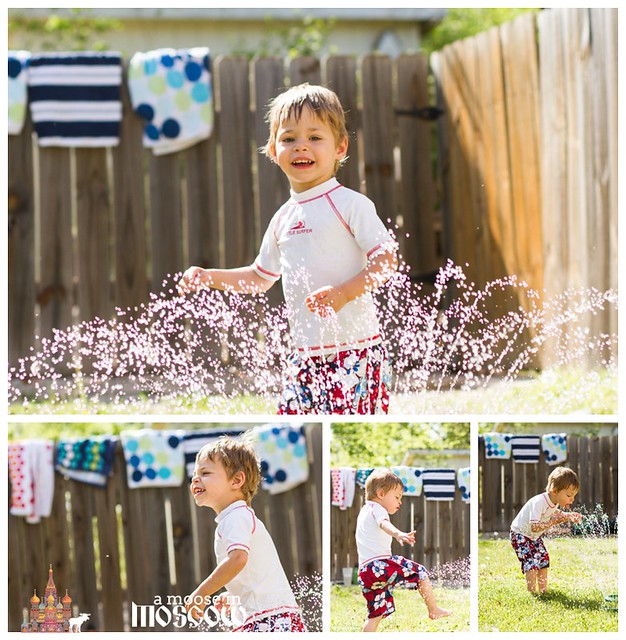 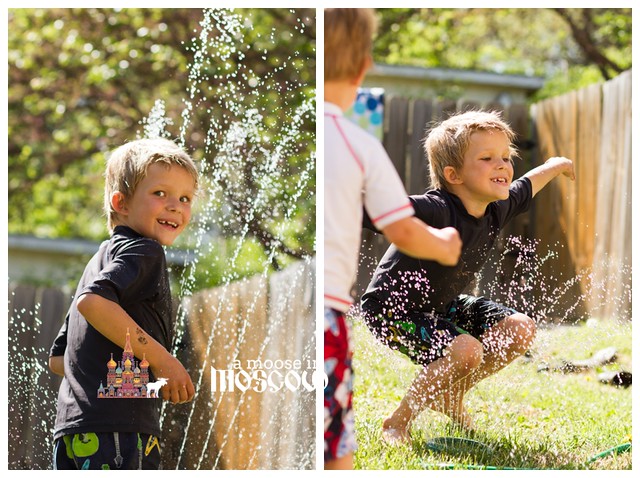 Much fun was had! We also had some friends come over for a bit. 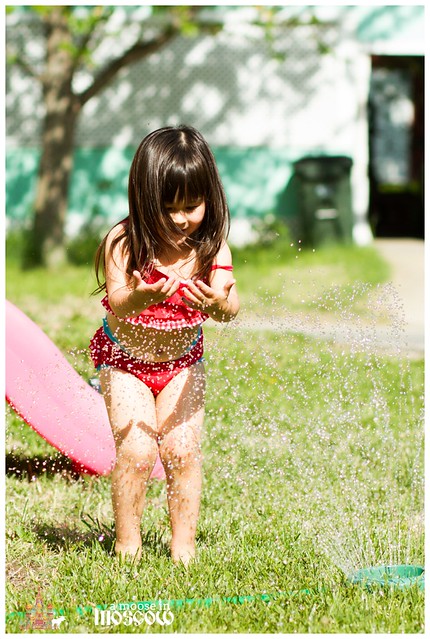 It was her first time in the sprinkler.

Here’s my big boy looking moody. He was really just trying to make a body print on the concrete. 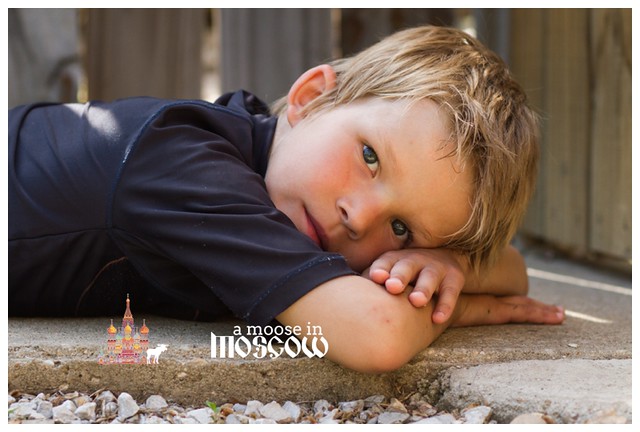 And Gus decided he wanted a nap. (His words, not mine!) 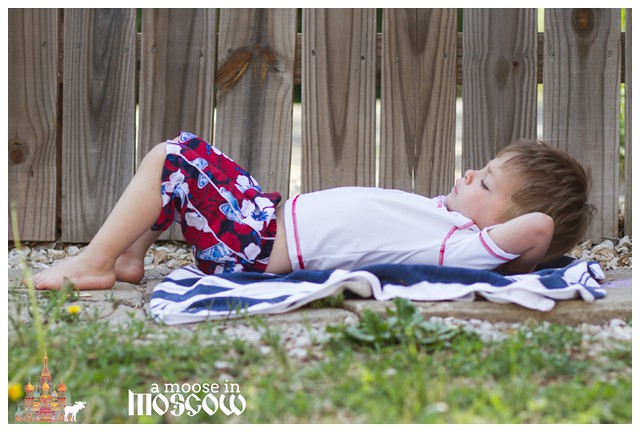 Telling me about what’s going on in the sky. The clouds and a plane overhead.

That’s what’s going on here. Anyone else getting in some early summer action?