N’s flight was supposed to arrive in Denver in late afternoon. But, her flight was delayed over 7 hours. Super late for our Central-Time adjusted selves.

We saw two rainbows on our weekend trip to Colorado. This one just as we were leaving for the airport. 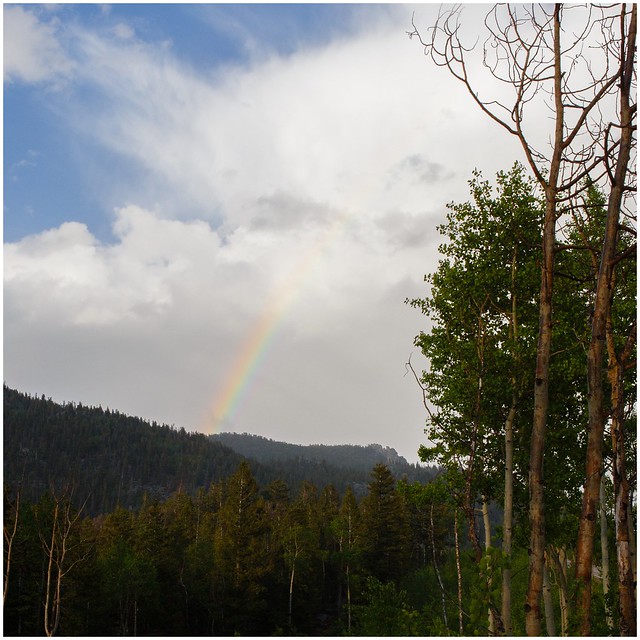 As we got to the airport, I realized I’d only been to DIA one other time– when I flew in for AmeriCorps. Where I met my future husband. 🙂

The airport involves a lot of waiting. I chatted with another P143 volunteer and Aaron walked the kids around on escalator rides and such. Here Gus and Lena are playing with N’s gift, a doggie that looks like ours. 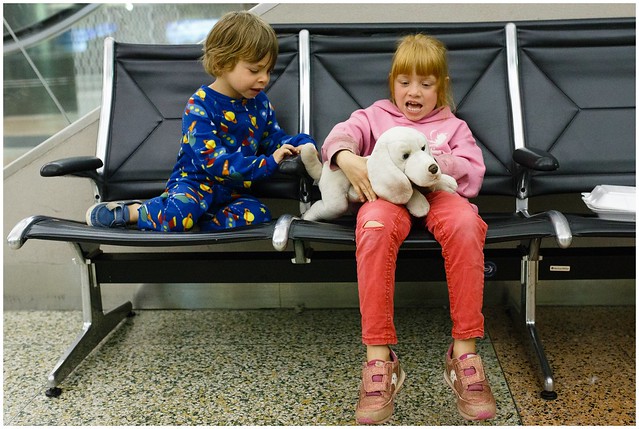 After we had waited for about two hours, the word was that they were near!

This girl came out, waving and smiling. She walked right up to Lena, holding her welcome poster and said, “hi!” 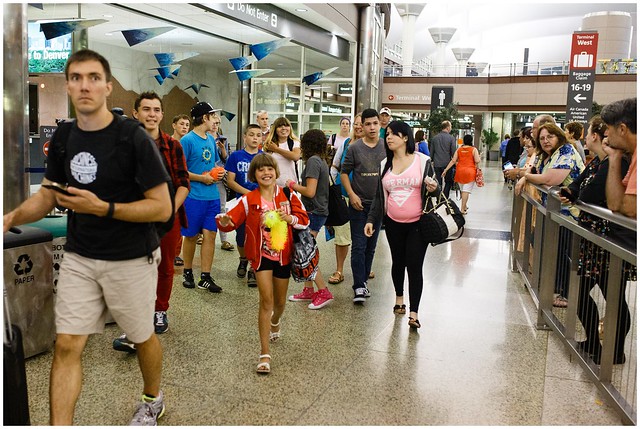 I leaned over to introduce myself and she wrapped her arms around me, tight. I imagine anyone watching this scene from afar would think we already knew each other. 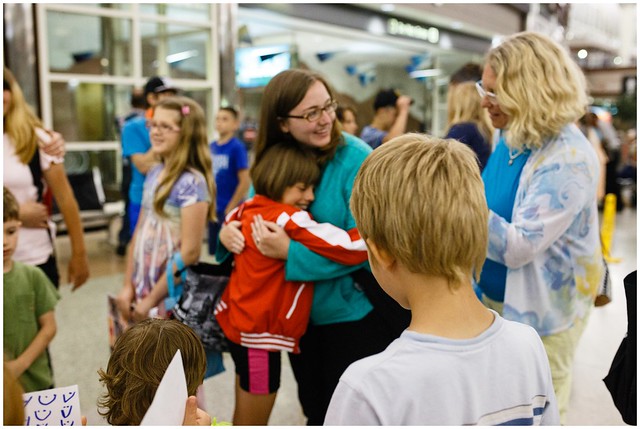 She stayed like that for a couple of minutes, soaking up a hug. 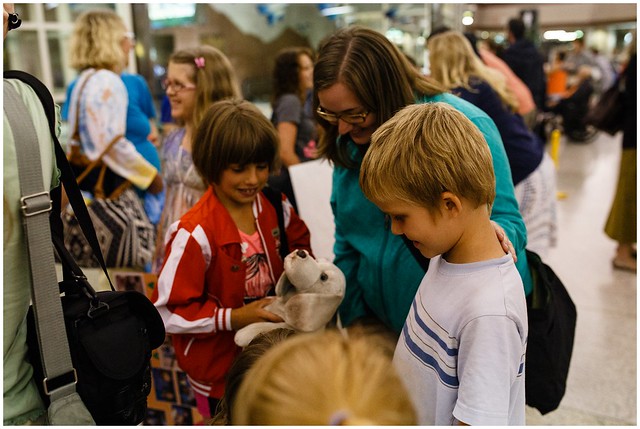 Everyone was pretty much instant-friends, but as we navigated the airport, elevators and the parking garage, it seemed like we’d jumped to ten kids instead of 4. So much energy!

That was 48 hours ago, so we’ve been getting to know N since then. 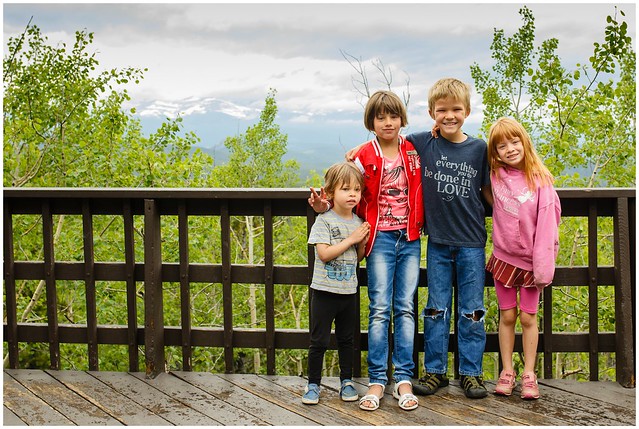 I expected her to be more quiet, shy, uncertain? Turns out she’s quite the monkey, a little bit wild, and mostly just a normal kid.

I’m excited to see what our summer holds!