Lena turned 7. That was 10 days ago, but I’m definitely a bit behind on my posting… again.

She chose to keep it simple with a friend over to play and then going out on a special daddy date to Legoland on the weekend. 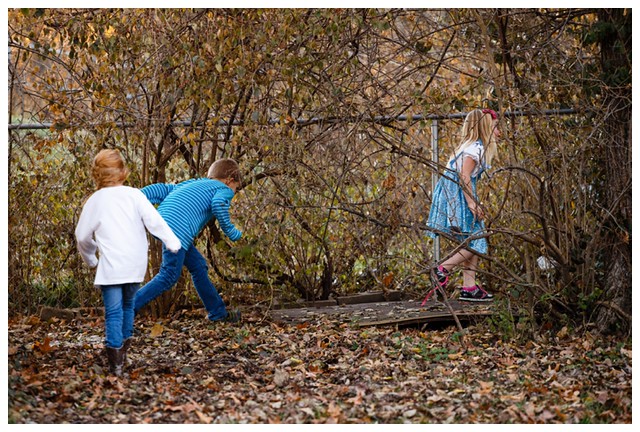 I, on the other hand, lost my mind. Instead of last years storebought cupcakes to send to school, I made ice cream cone cake pops. You break apart a cake, mix in some icing, room into balls, put in the freezer, then cover with candy melts or melted chocolate and top with sprinkles and a red M&M. Yes, I lost my mind.

I blame my lapse in sanity on Pinterest, but aren’t they just so cute?? The “scoop” on the little ones are only a tablespoon, and on the big ones, it’s about the size of a regular cupcake.

She also had a cake. That, on the other hand, was not my finest decorating effort. But, Aaron pointed out to me that the L made of silver sprinkles also doubled as a 7. At least there’s that. 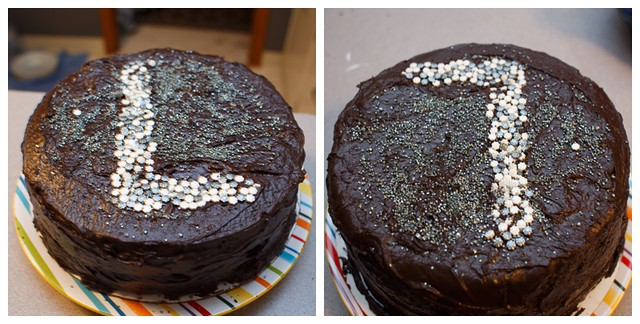 Of course, SHE didn’t care that it was not the most gorgeous cake. 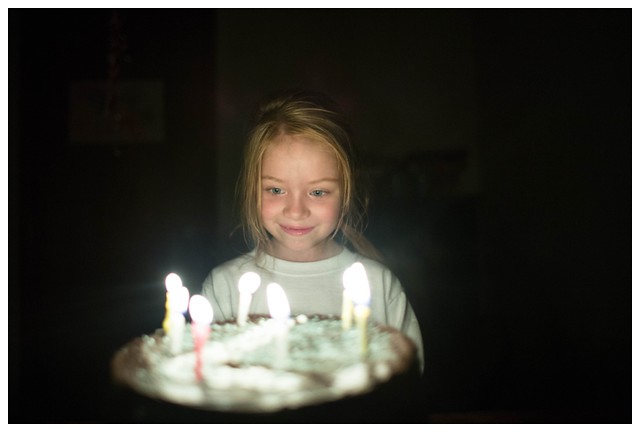 On Facebook, on her birthday, I shared this, ” ‘I love the whole world,’ she told me recently. And I believe she really does. Happy birthday to one of the kindest, most compassionate and all around beautiful people I know!”

It’s true. She really is just so loving and thoughtful to those around her. We always open presents after dinner and cake, but that was a bit too long for her on her birthday, so she wrote me a note as I made dinner. “Are we going to open presents or not?” I asked if she’d like to open her toy gift early, so she’d get some more time to play with it while I made dinner. She was quite excited. Just as she was getting ready to open it, Gus dropped his cup on the floor and screamed in frustration. Instead of ripping open her gift, she took the time to jump off her chair, get his cup and give it back to him. With a smile on her face. 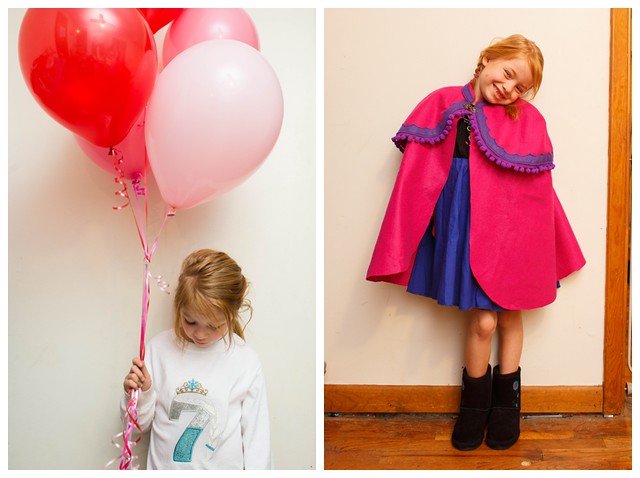 On the left: her Elsa birthday shirt, pretty much the cutest thing ever. On the right, her Anna costume. The birthday shirt and Anna dress are from the Crazy Kukla Boutique. Kim is a fellow adoptive mom who has a kiddo from Russia. And, she makes the most adorable items. My mom made the cape and did a fantastic job. And, Lena needed new winter boots, so I picked out ones that looked like something Anna would wear.

She is growing up to be quite a thoughtful and caring young lady. I asked her recently what she wants to be when she grows up and her answer, for as long as I can remember has been the same, “a mommy”. Here’s the thing: she has great mom skills, too. We were at a doctor’s appointment for Reed recently where I had to bring all 3 kids. Gus really doesn’t like it when I will not pay attention to him, so I handed him a car. But, after switching rooms, I realized he no longer had it. I asked him, “where’s your car, Gus?” with just a bit of frustration. “I dunno,” he shrugged. Barely looking up from her book, Lena said “I put it in your purse.”

I love this girl. I know I’m supposed to be the mom, but she’s regularly an example of patience and kindness and determination to me. Happy 7th birthday, Lena.