Last weekend was easily our busiest weekend of the year: Christmas parade, kids’ holiday shop, Christmas tree hunting, Aaron’s birthday and prepping for Lena’s birthday. Whew. Now that I’m mostly recovered from shoving all of that into 2 days, I have some blog posts to share! Starting with what we did last weekend…

The Christmas parade is so special. We went to it last year and it was a bucket list sort of thing then. We thought we’d be moving and I wanted to go at least once. But, we’re still here and I think we’ll keep on enjoying the parade as long as we are. It is only horses and wagons pulled by horses– no cars. When we were driving over to the parade, the traffic was stopped and we could see the horses crossing the road ahead of us. I had Aaron go down a less busy street so we could see them go by from our car. 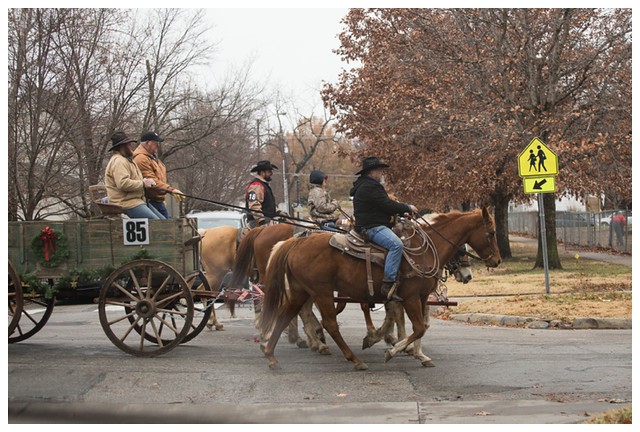 I kind of love that the people walking sign is pointing to the horses. 🙂 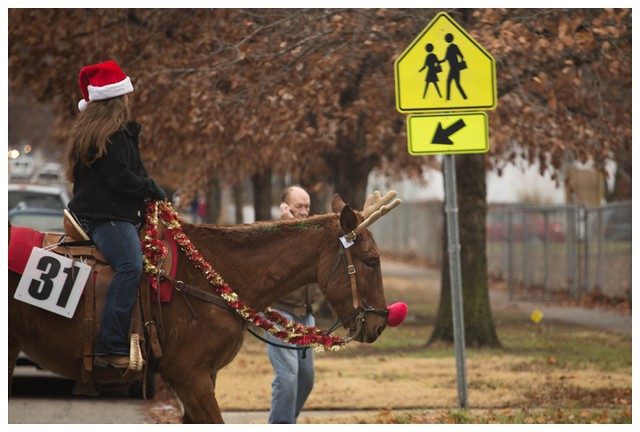 This one looked particularly out of place to me. Sort of like it was just plopped down in 2014. 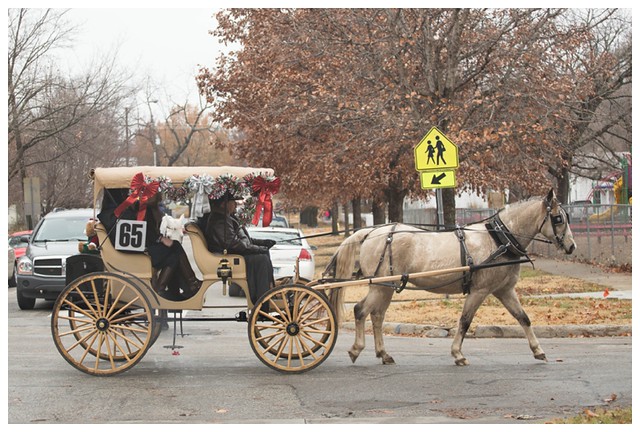 But, we still went to the parade, because, we were meeting friends and it was fun to see the parade a second time. 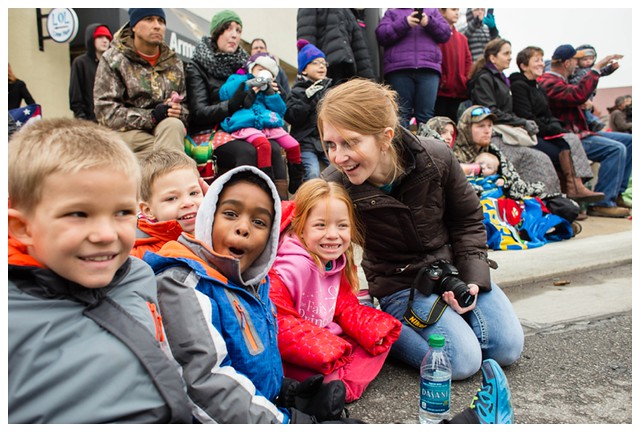 One of the things about hanging out with one of your closest friends is that she’s probably going to take YOUR camera and take a few pictures of you. I’m never quite so comfortable on this side of the camera, but I love these ones of me and my little man. He insisted on sitting on my lap the whole time, but he kept his mooing to a minimum. Considering he mooed at all of the horses last year, this is a big improvement. 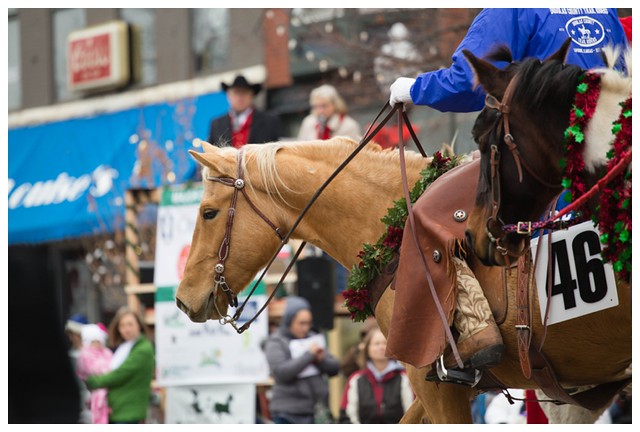 And the parade ends with Santa. 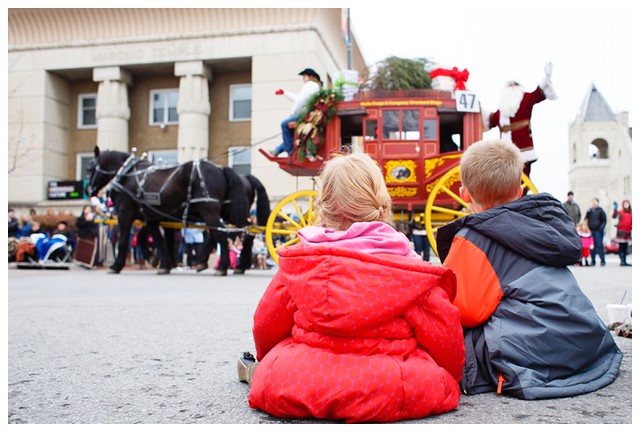 Next up… Christmas tree hunting!!