I’ve never been a huge fan of hiking. Don’t get me wrong. I love a beautiful view and I’m willing to do the work to get it. But, the actual moving of my legs up switchbacks is not my idea of a good time. Just drop me off at the lake with a good book, okay? 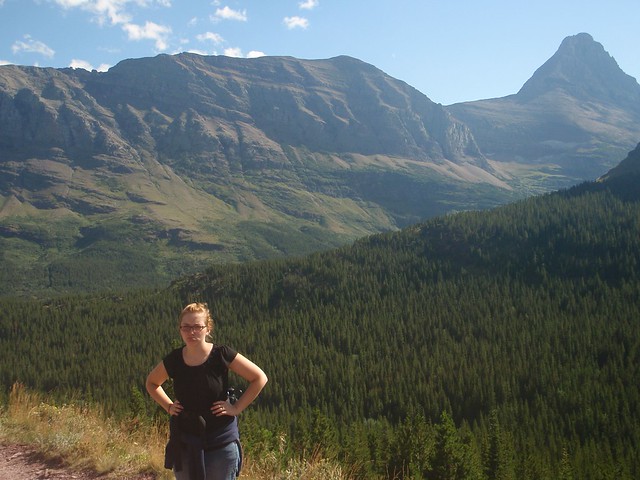 (my “I don’t really love this” pout, circa 2009. Actually, I think this might be the “they told us there was moose, but it was gone by the time we got there” pout. either way, blog appropriate).

However, we don’t go to Colorado and not go on a hike. Aaron suggested a 6 mile, 2,500ft elevation gain hike, which I quickly nixed. He’s learned that I have the best attitude when something is my idea, instead he agreed when I suggested a moderate not-even-3-mile hike with 900ft elevation gain to a wildfire lookout tower. I also had the idea that I wanted to do this early. Sunrise, for the best photos. All of you who really know me are probably laughing at this point. There are two things I particularly don’t excel with: 1. Physical exertion 2. Mornings. Of course, both of these are two of my dear husband’s favorite things, so he just asked “how early do you want to go?” 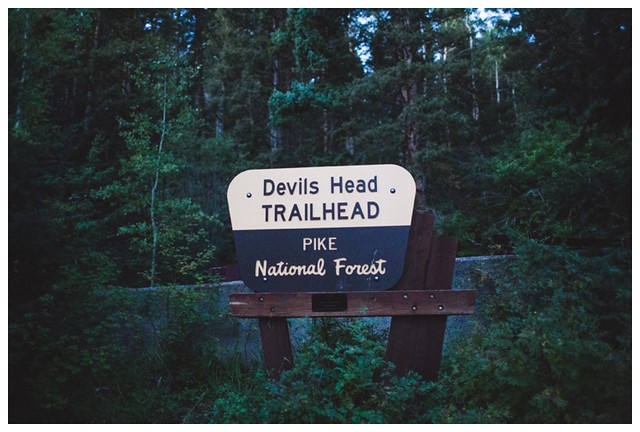 Just after the crack of dawn, I whined my way up that trail. Aaron was so totally in his element that I’m not sure he even heard me whining most of the time and when he did, he just laughed. 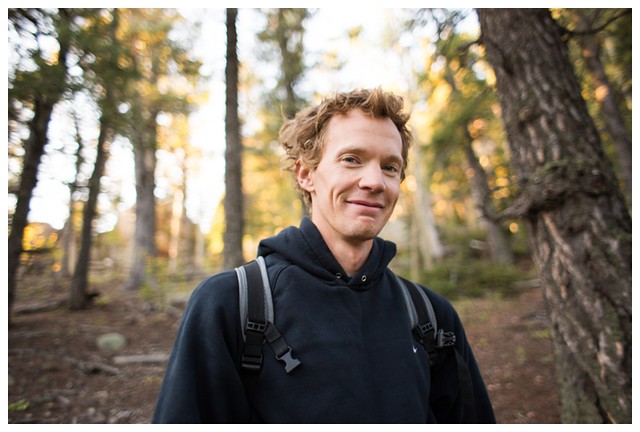 Aaron: Ahhhhh… if you breathe in just right, you can smell the cedar trees. Not too fast, not too slow. Just right. Ahhhhhh. 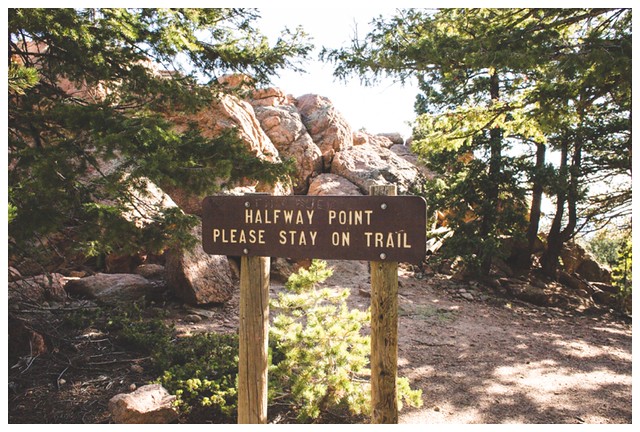 (If I was in charge of these signs, it would say “you’re a rockstar. great things ahead! keep moving those legs!”)

We neared the top of the trail and then we saw these. 143 stairs. 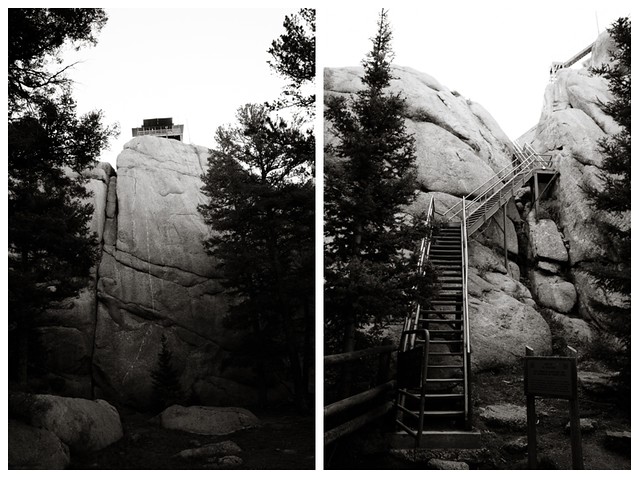 My number one fear is… heights. I knew they were coming, but as soon as I touched that railing, the fear set in.  I said to Aaron, “I don’t know if I’m shaking from cold, fear or my tired legs… probably all 3.”

But, I carefully climbed those steps, determined not to give up when we were so close to our goal.

Almost hilariously more daunting, at the top, there is a fence which seems to barely be hanging on to the rock. Don’t look down.

Yet, we made it. Across the rocks and onto the security of the lookout tower. The first people of the morning, up there to view for hundreds of miles around. I made myself walk all the way around the tower, intentionally looking down. Because I didn’t want to. But, fear is for conquering.

When I was finished terrifying myself, I sat down on the rocks, smack in the center so if the entire man-made structure instantly crumbled, I’d still be sitting there. 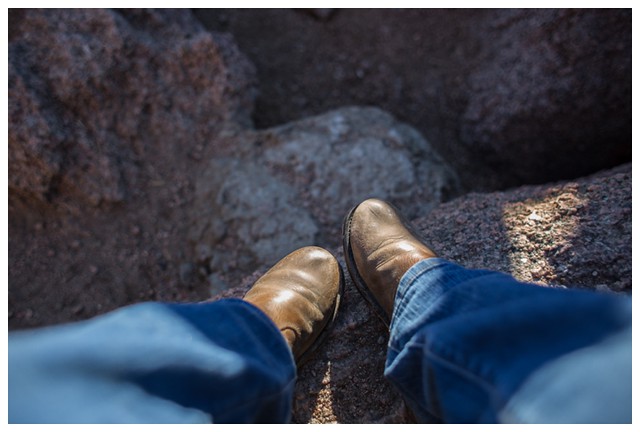 And, I realized, I made it to the top. Yes, I know, 3 miles and 900ft is not so hard, but there were times when giving up felt like a much better option than forging on. I was tired. At times, scared. Yet, my feet still carried me to that point. 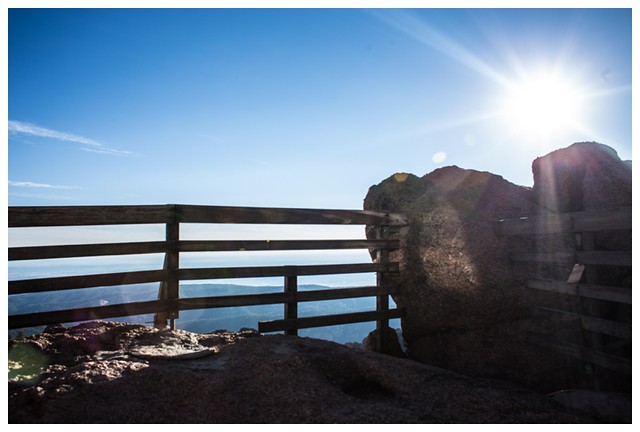 And, the view from the top was worth it. 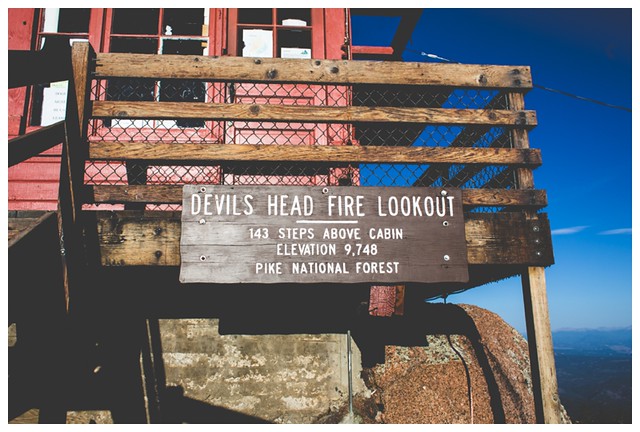 It’s a series of single steps that bring you to the top. Not ladders, but switchbacks, slowly, steadily inching forward. Showing up is the first step.

The thing about the up is you have to come down, too. 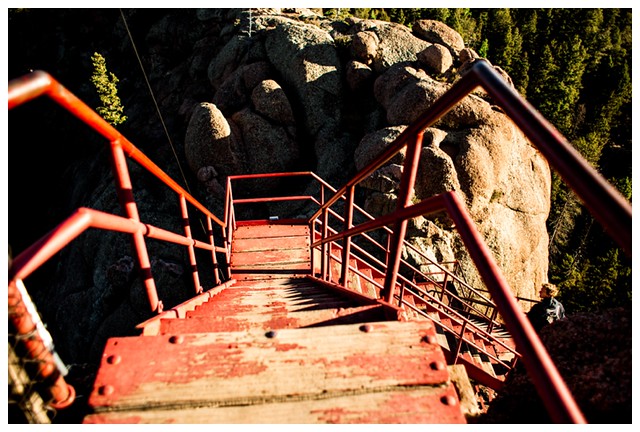 But, by that point, I had my new rules: Show up. One foot in front of the other, keep going. Persevere.